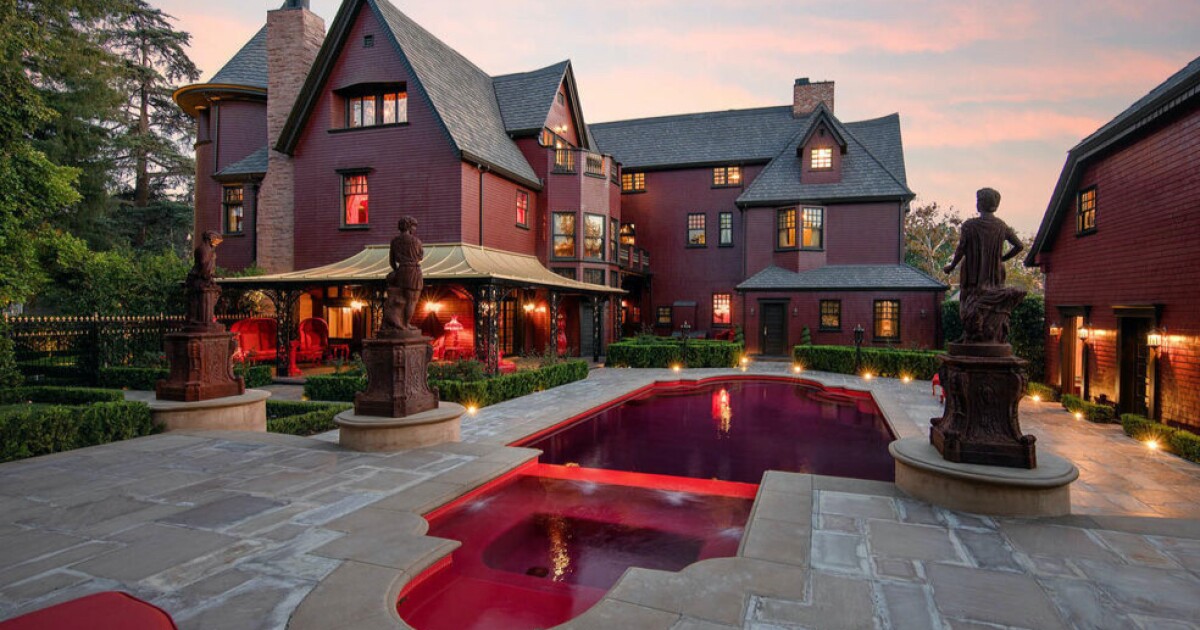 Even in Windsor Square, a neighborhood filled to the brim with some of the city’s finest pre-World War II architecture, this three-story Victorian stands alone. The dramatic mansion is owned by tattoo artist Kat Von D, who just listed it for $15 million.

The gothic haunt has lived a full life over the last century. It was built in 1896 by Isaac Newton Van Nuys, a businessman and the namesake of Van Nuys who owned much of the San Fernando Valley in the 19th century. In 1915, his son, J. Benton Van Nuys, had the entire home moved to its current spot in Windsor Square.

British screenwriter Lucy Dahl, daughter of famed author Roald Dahl, picked it up in 1998 for $1.3 million. During her ownership, the house had its biggest claim to fame when it starred as the family home in the 2003 comedy “Cheaper by the Dozen.” Dahl then quadrupled her money by selling it to Von D for $6.5 million in 2016.

Highlights include a living room with hand-painted ceilings and a dramatic dining room with intricate woodwork. On the main level, a hidden bar with a hand-carved wall features a secret door that leads to a blood-red-colored swimming pool.

Elsewhere are 11 bedrooms, 8.5 bathrooms, a grand salon, library and theater with original footlights and a bar. The property also includes a two-bedroom carriage house atop the garage. Vintage lampposts, custom statues and manicured gardens surround the home outside.

A native of Mexico, Von D starred in “LA Ink,” a reality show about her tattoo studio that ran for four seasons on TLC. Last year, she released her debut album, “Love Made Me Do It.”

She announced the sale in an Instagram post, adding that she’s moving to Indiana to restore another Victorian-style home.

Jamie Sher of the Sher Group holds the listing.