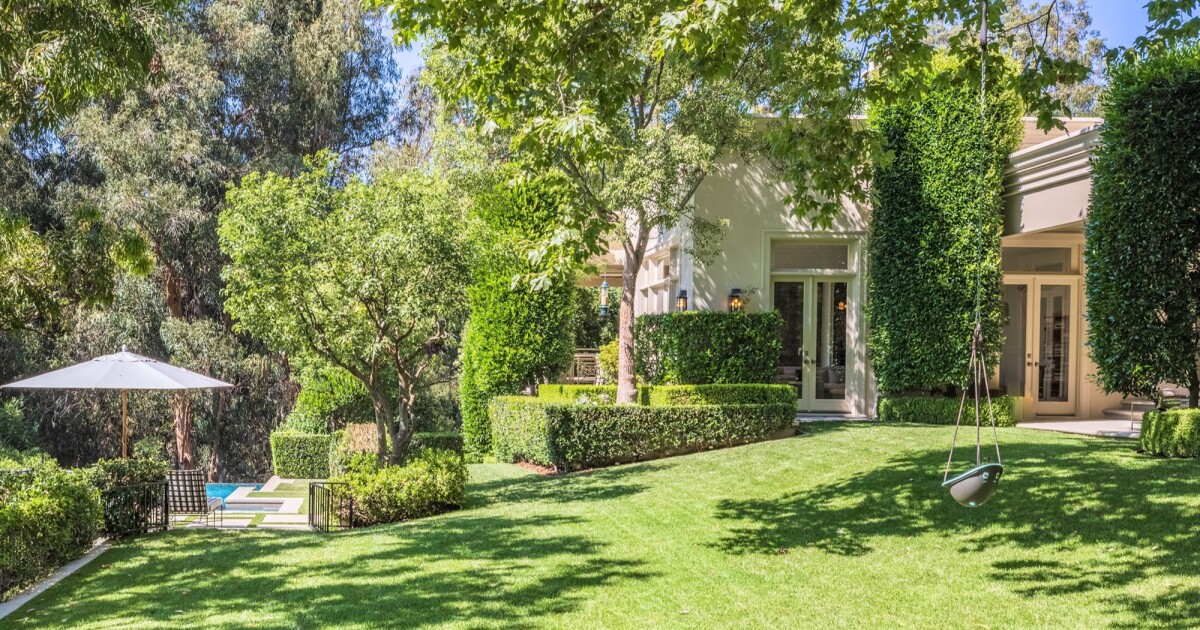 A year after unloading one of her two Beverly Crest properties for $7.5 million, the pop star is shopping around the other one for $19.475 million — a little bit more than the $18 million she paid for it in 2017.

The listing arrives a couple years after Perry and her fiance, actor Orlando Bloom, moved to the much-quieter community of Montecito, where they dropped $14.2 million on a sprawling estate on more than nine acres.

Perry’s Beverly Crest abode has plenty of space of its own with more than an acre. Tucked behind gates, the Regency-style residence is reached by a tree-lined driveway that covers a quarter of a mile.

Oval windows and ivy touch up the exterior, and inside, large windows and skylights brighten the traditional-style living spaces. Across 5,400 square feet are five bedrooms, 5.5 bathrooms, a media room and wood-paneled library with a fireplace and terrace.

The primary suite features a fireplace and terrace as well, which overlooks a grassy backyard with a swimming pool and spa set among a dramatic canyon backdrop. A detached gym adds a cold plunge and sauna.

A native of Santa Barbara, Perry has released six studio albums over the last two decades with hits such as “Dark Horse,” “Teenage Dream” and “I Kissed a Girl.” The 37-year-old released her latest record, “Smile,” in August 2020 and gave birth to her daughter, Daisy Dove Bloom, the same month.