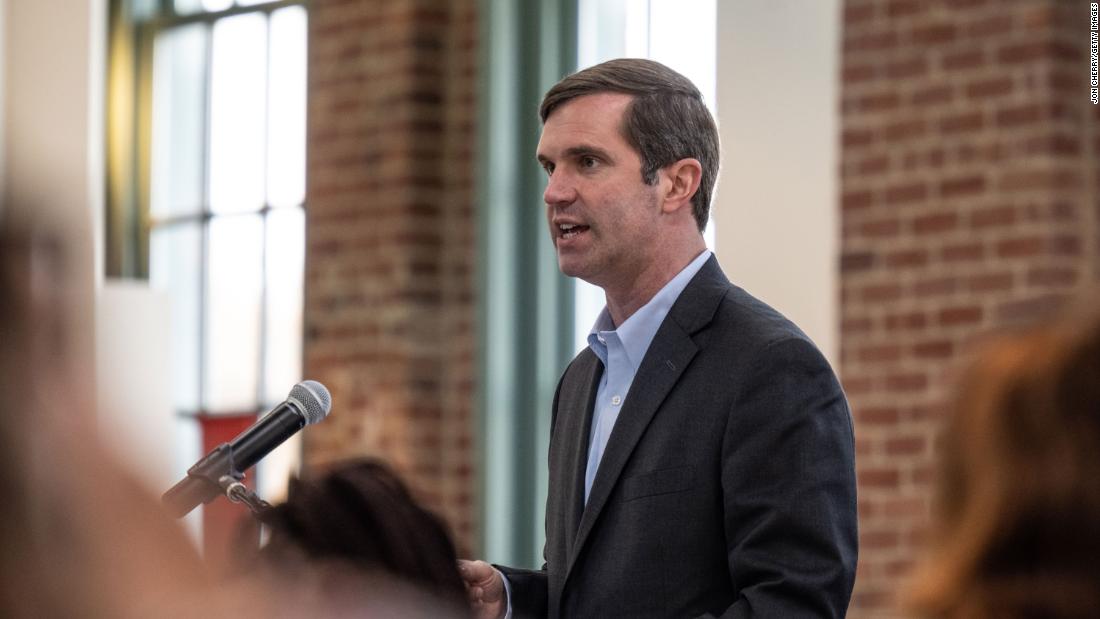 In a veto letter signed Wednesday, Beshear said guidelines regarding transgender student-athletes are already being implemented by the Kentucky High School Athletic Association.

Though Beshear’s move represents a rare instance in which a Democratic governor had the chance to reject such a ban from GOP state lawmakers, Republicans passed the measure with veto-proof majorities and could potentially override his veto when they meet again in mid-April.

Beshear is the third governor this year to veto an anti-trans sports ban after GOP governors in Utah and Indiana did so in late March. In pushing such measures, conservatives have argued that transgender women and girls have physical advantages over cisgender women and girls in sports, though a 2017 report found “no direct or consistent research” on such an advantage.
Senate Bill 83, titled the Fairness in Womens’ Sports Act, would have required public and private Kentucky schools with interscholastic athletics managed by the state board to “designate all athletic teams, activities, and sports for students” in grades six through 12 as being either “Boys,” “Coed” or “Girls.”

“An athletic activity or sport designated as ‘girls’ for students in grades six (6) through twelve (12) shall not be open to members of the male sex,” the bill states. The legislation says “sex” would be based on a “student’s biological sex as indicated on the student’s original, unedited birth certificate issued at the time of birth,” or an affidavit “establishing the student’s biological sex at the time of birth” that is signed by a student’s medical professional who conducted an annual medical exam for the student.

While sex is a category that refers broadly to physiology, a person’s gender is an innate sense of identity. The factors that go into determining the sex listed on a birth certificate may include anatomy, genetics and hormones, and there is broad natural variation in each of these categories. For this reason, critics have said the language of “biological sex,” as used in this legislation, is overly simplistic and misleading.

The bill would also have set up a similar ban for public and private Kentucky colleges that are “a member of a national intercollegiate athletic association.”

The debate over the inclusion of transgender athletes, particularly women and girls, has become a political flashpoint, especially among conservatives, who have claimed they are trying to maintain a level playing field for cisgender athletes.

A 2017 report in the journal Sports Medicine that reviewed several related studies found “no direct or consistent research” on trans people having an athletic advantage over their cisgender peers, and critics say this legislation adds to the discrimination that transgender people face, particularly trans youth.

“This law ensures that both sexes get the opportunity to play in a competitive and fair environment,” Republican state Rep. Ryan Dotson, one of the bill’s supporters, said earlier this month during debate on the proposal.

“I don’t want one single female in our state to lose a female sports title, a scholarship, nor the opportunity to play,” he added.

The NCAA has come out in opposition to such bans, saying last April that it’s closely monitoring them to make sure NCAA championships can be held “in ways that are welcoming and respectful of all participants.”

So far this year, GOP governors in Iowa, South Dakota and Oklahoma have enacted similar sports bans. And lawmakers in Utah later overrode their governor’s veto to enact that state’s ban.

LGBTQ advocates had urged Beshear to veto SB 83, with the Human Rights Campaign, one of the nation’s largest LGBTQ rights groups, saying that “Kentucky Legislators voted to deny trans kids who are simply trying to navigate their childhoods the opportunity and benefits that come from playing school sports.”

“During his governorship, Beshear has used the term ‘Team Kentucky’ as a catchphrase for the state’s shared values of civility, unity, and collective distaste for bullies. But the phrase ‘Team Kentucky’ in a state where a child is denied an opportunity to play the sports they love because they are transgender would be an empty slogan,” said Cathryn Oakley, the group’s state legislative director and senior counsel, in a statement after lawmakers sent Beshear the bill.