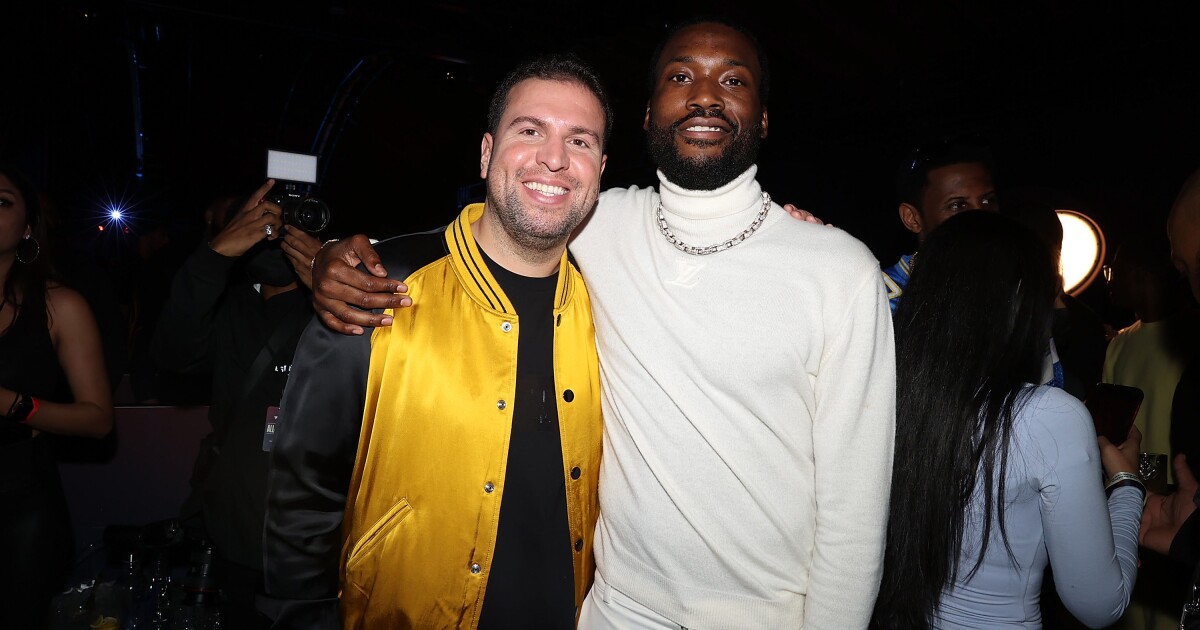 Richard Saghian, owner of fast-fashion juggernaut Fashion Nova, was the winning bidder who spent $141 million to buy “The One” mega-mansion, he confirmed to The Times.

Saghian, whose company has benefited from its association with celebrities and influencers such as rapper Cardi B, model Kylie Jenner and pop superstar Lil Nas X, beat out four other bidders Thursday for the 105,000-square-foot house on a Bel-Air hilltop — the largest home in Los Angeles.

“The One Bel-Air is a once-in-a-lifetime property that can never be duplicated. There is nothing else like it. As a lifelong Angeleno and avid collector of real estate, I recognized this as a rare opportunity that also lets me own a unique property that is destined to be a part of Los Angeles history,” Saghian said Sunday in an emailed statement.

Saghian, 40, founded Fashion Nova in 2006 in the industrial suburb of Vernon and continues to serve as its chief executive. His business has found big success by selling inexpensive trendy apparel on its website, supported by marquee names from the hip hop world and a legion of Instagram influencers. The privately held company is owned outright by Saghian and its annual sales now top $1 billion, according to a source close to the company.

He owns two other homes in Southern California, including a Malibu beach house that he purchased from Netflix CEO Ted Sarandos last year for $14.7 million. He also owns a home in the so-called Bird Streets of the Hollywood Hills that he bought for $17.5 million in 2018. It was at that property where armed robbers in June followed Saghian’s Rolls Royce home and demanded jewelry and other valuables from his friends. Saghian, who had already gone inside, was not injured. All the suspects were caught and one killed by an armed guard.

The One cost Saghian far more than his other homes, but his winning bid was less than half the property’s $295-million list price.

“It’s an incredible deal,” said Branden Williams, who listed the home with his partner, Rayni Williams, and Aaron Kirman of Compass. “No one understands until they get up there. A house like this will never be built again. Whenever it sells again, it will be for even more.”

The Williamses, along with Stuart Vetterick of Hilton & Hyland, represented Saghian in the deal. The brokers previously represented him in the Malibu purchase, as well. Nondisclosure agreements kept all three from discussing the buyer, and covered others involved in the auction. In the days since the sale, multiple sources told The Times the winning bidder was Saghian.

Purchasing The One would not only expand Saghian’s real estate portfolio, but could also potentially make sense as a marketing tool for Fashion Nova, serving as a backdrop where its influencers could show off the company’s affordable, of-the-moment designs.

The company, which is currently advertising a new spring collection with many articles under $30, has come under scrutiny for alleged wage theft by its suppliers, prompting it a few years ago to tighten up contracting practices. In January, it agreed to pay $4.2 million to settle government allegations that it blocked negative reviews of its products on its website but called the allegations “inaccurate and deceptive.”

The One, which already has been rented out for filming, is the magnum opus of flamboyant developer Nile Niami. He initially marketed the home for $500 million several years ago but was forced to put it into bankruptcy after Crestlloyd, the home’s limited liability company, defaulted on $106 million in construction loans to L.A. billionaire Don Hankey.

Although some in the L.A. real estate community have dismissed the residence as garish, others have seen it as the ultimate trophy home — with a list of amenities aimed at the party set. There is a sky deck with cabanas, multiple pools, a private theater, a bowling alley, a billiard room, a candy room, salon and spa as well as a nightclub. It has 21 bedrooms and 42 full bathrooms.

The online auction, however, was a bit of a bust. Saghian’s winning bid came in at $126 million, with the total cost to the buyer rising to $141 million with the 12% auction fee. Although the price easily set a record for the costliest house ever sold at auction, it amounted to less than half its $295-million listing price.

It also was well under the California record set by venture capitalist Marc Andreessen, who purchased a Malibu estate for $177 million in October, which some speculated it might break.

More than three dozen prospective buyers toured the 944 Airole Way property over the last couple of months, including billionaires from the Middle East, Asia and California, The One’s listing agents have said.

Concierge said its auction site drew views from 170 countries, including Australia, the United Kingdom, Germany, France and Italy — and generated some 2,800 prospects. However, after the online auction opened Monday, only five bidders from the United States and New Zealand participated.

Noting how few participants there were, several L.A. real estate observers have speculated that The One could have gone for more had its auction not occurred amid Russia’s invasion of Ukraine, creating international tension and economic uncertainty, especially for prospective overseas buyers.

The price didn’t come close to the amount of claimed debt attached to the property, which entered Chapter 11 bankruptcy protection with about $180 million in secured and unsecured debt, a figure that has risen to $256 million as more creditors have filed claims, according to a March 2 court filing.

Hankey told The Times that he expects that the auction price should be enough for him to recover cash he put into the project, though his claims also include penalties and fees. Many of the property’s other creditors will take losses.

The biggest new claim is from Niami himself, who says he is owed $44.4 million. Court files don’t provide much detail on the claim, but a person familiar with the bankruptcy said it stems from loans the developer made to the project.

U.S. Bankruptcy Court Judge Deborah Saltzman will hold a hearing later this month on whether to approve the sale. In making her determination, the judge will consider whether she believes the winning bidder has the financial wherewithal to close the sale, its effect on creditors and other issues.

Lawrence Perkins, the turnaround specialist in charge of Crestlloyd, has raised the possibility that the winning bidder may not end up with the house. Perkins has said it is his responsibility to the bankrupt estate to continue fielding other offers.

Under the terms of the auction agreement, Saghian is under legal obligation to close the sale by March 21.

Saghian may have some work on his hands before he can move in to The One. Despite being under construction for years, it is not complete and it lacks a certificate of occupancy as well as crucial permits for grading, electrical and other work. There are also allegations in court documents that it has construction defects and violates zoning codes, which the local homeowners association has cited in calling the house a “brewing scandal.”