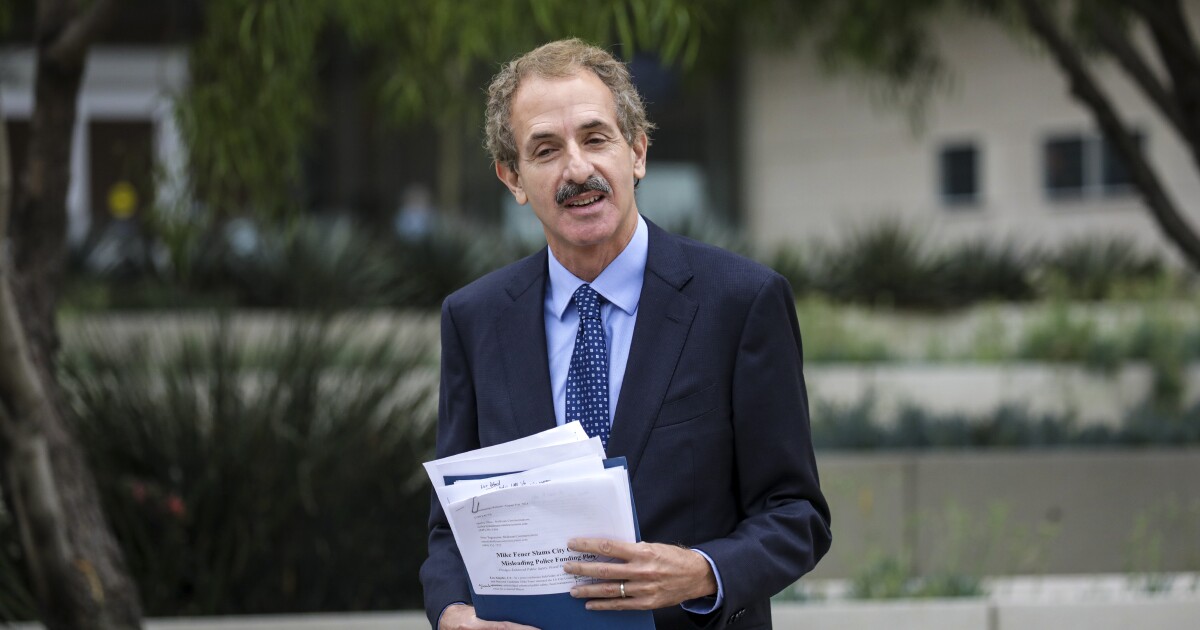 Los Angeles City Atty. Mike Feuer announced Monday that his office has filed a lawsuit against an online vacation rental company, saying it repeatedly failed to comply with the city’s regulations on home-sharing.

Feuer said HomeAway processed or completed at least 776 transactions for short-term rentals across the city between Nov. 7 and Dec. 7. Of that total, 229 — or nearly 30% — did not have a valid home-sharing registration number or a pending registration status number, as is required by law, the lawsuit says.

Those figures suggest that HomeAway “has completed thousands of prohibited transactions” since the city’s short-term rental law was enacted, Feuer’s team said in their announcement.

The city is seeking up to $5,000 in financial penalties for each violation.

HomeAway acquired the home-sharing platform VRBO in 2006, which rebranded as Vrbo in 2019, according to the company’s website.

Feuer’s lawsuit comes more than three years after the City Council approved new regulations for Airbnb, Vrbo and other platforms. Under those rules, short-term-rental hosts are allowed to rent all or part of their primary residence, but not investment properties or second homes.

Buildings that are covered by the city’s Rent Stabilization Ordinance, which limits the size of rent increases allowed in older apartment units, also cannot be used for home-sharing.

The council approved its home-sharing regulations after concluding that short-term vacation rentals have been eating away at the city’s housing supply, driving up rents, creating nuisances and having a “negative impact on the residential character of neighborhoods,” the lawsuit states.

“And when online platforms and hosts refuse to play by the rules, it allows them to compete unfairly with those who do, as well as depriving the city of much-needed revenue for basic services,” Feuer said in a statement.

Representatives of Expedia Group, which acquired HomeAway in 2015, did not immediately respond to The Times’ inquiries. In 2020, HomeAway rebranded its platforms to Vrbo, which stands for vacation rentals by owner, according to the city’s lawsuit.

The city’s home-sharing regulations define a short-term rental as a residential unit that is rented for 30 consecutive days or less.