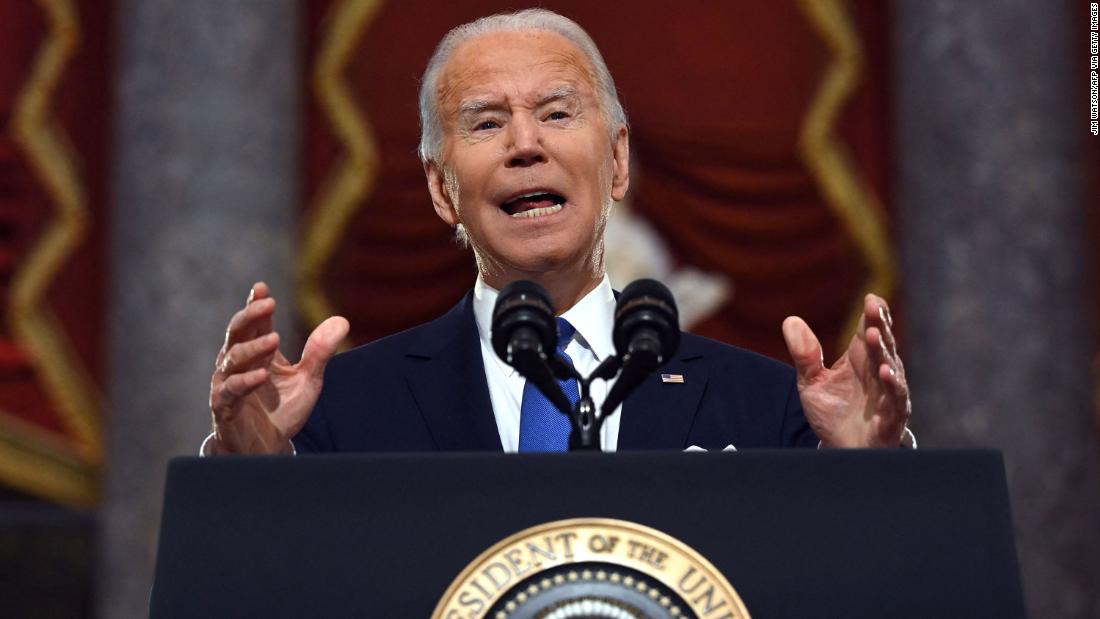 Biden’s handling of Russia’s invasion into Ukraine will be among the key topics.

“What you will hear the President talk about … is what he has assembled … unprecedented coalition: NATO, plus our EU partners — the UK, Canada, Australia, Japan,” Klain detailed during the live interview.

The goal of Biden’s assembled coalition, said Klain, is two-fold.

“To provide all kinds of aid. Some of them providing humanitarian aid, others providing military aid to Ukraine,” said Klain on the first part of the coalition’s efforts.

Secondarily, said Klain, is the way in which the US and its partners have been able to hamstring the Russian economy via sanctions.

“The ruble now, it takes 110 of them to buy one dollar. The Russian stock market’s been closed for days,” noted Klain.

As for Russian President Vladimir Putin specifically, Klain stopped short of weighing in on Putin’s mental state. He did, however, point to the ways in which Putin has gone further than ever before with his recent aggressive acts.

“He has done something now that he has not done to this extent before, which is launch a completely unprovoked, unjustified, invasion of a country as large and as significant as Ukraine,” Klain explained, in the process praising the President’s ability to assemble the aforementioned coalition and levy the recent sanctions.

“It’s hard to pull everyone together … and I think that’s why you’re seeing both Democrats and Republicans — including people who have not been big fans of Joe Biden previously — saying that this effort, this global effort, to punish Putin and punish his regime is tighter and stronger than they ever expected,” he said.

On the economy, Klain says Biden will point to recent successes, while also recognizing areas that do need improvement.

“He’s going to tell the American people tonight that we’ve made tremendous progress from where we are a year ago. Our economy’s grown more this year than any time in 40 years,” Klain shared.

However, Klain did reveal that the President “is going to acknowledge that we do have a problem with inflation in this country, and we need to take steps to bring down the prices that Americans play for everyday goods,” including gas, as well as prescription drugs.

Finally, while speaking among a crowd that will not be required to wear masks, Klain promised that Biden will address the current state of the Covid-19 pandemic.

“Covid cases are down about 90% from where they were a month ago. Deaths are starting to come down, hospitalizations are down, lower than they’ve been since July. That’s because we’ve gotten 75% of adults fully vaccinated, half of the adults eligible have gotten booster shots,” said Klain, adding that under Biden, the US is “taking the next steps to make sure that Covid does not control our lives, and we can get this country closer to being back to normal.”