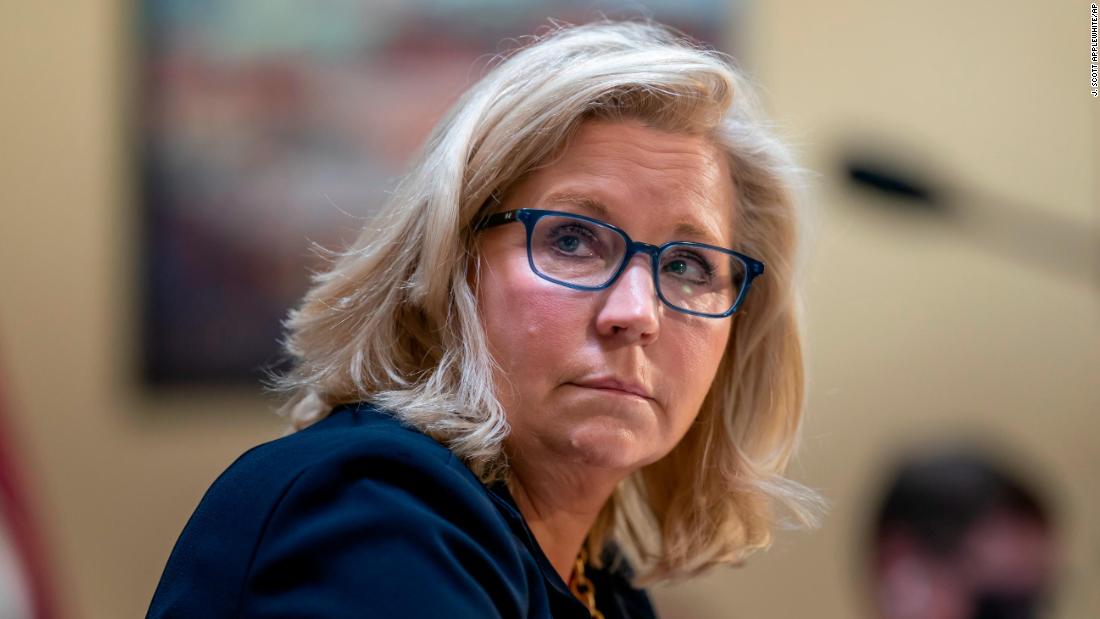 “All Americans should renounce this garbage and reject the Putin wing of the GOP now,” she added.

Gosar appeared at the conference via a pre-recorded video, HuffPost reported. The Arizona Republican attended the same conference last year, and Cheney was the only member of House GOP leadership to directly call him out over it at the time.
Illinois Rep. Adam Kinzinger, who, like Cheney, has been increasingly marginalized within the GOP after criticizing former President Donald Trump’s hold on the party, also made his criticism known, tweeting Saturday at Greene, “If this was not bizarro world, you would be the one censured and excommunicated from the GOP.”
Fuentes, who has been labeled a White supremacist by the US Justice Department and the Anti-Defamation League, has been banned from most major social media platforms for his White nationalist rhetoric.

After Russian forces invaded Ukraine this week, Fuentes wrote on the messaging app Telegram, “I am totally rooting for Russia,” while also referring to Russian leader Vladimir Putin as “my Czar.”

And the Republican Jewish Coalition took aim at Greene and Gosar for associating with Fuentes.

“It is appalling and outrageous that a Member of Congress would share a platform with an individual who has actively spread antisemitic bile, mocked the Holocaust, and promoted dangerous anti-Israel conspiracy theories,” the coalition said in a statement.

Greene, meanwhile, defended her appearance at the event.

“I am not going to play the guilt by association game in which you demand every conservative should justify anything ever said by anyone they’ve ever shared a room with. I’m not going to be drawn into that. I’m only responsible for what I say,” she said in a statement Saturday.

“I’m also not going to turn down the opportunity to speak to 1,200 young America First patriots because of a few off-color remarks by another speaker, even if I find those remarks unsavory,” she added.

She told reporters at CPAC on Saturday that she doesn’t know Fuentes, or about his views, and condemned Putin and his invasion of Ukraine.

Greene and Gosar have a history of pushing conspiracy theories and espousing inflammatory rhetoric. House Democrats voted to strip both lawmakers from their committee assignments last year. Gosar was also formally censured by the House in November over posting a violent anime video that depicted him killing a Democratic House member.
Last year, Gosar denied knowing about a fundraiser Fuentes planned to host for him.
Fuentes was also present on US Capitol grounds on January 6, 2021, and was subpoenaed by the House panel investigating the attack. He has promoted unsupported theories about fraud in the 2020 election.