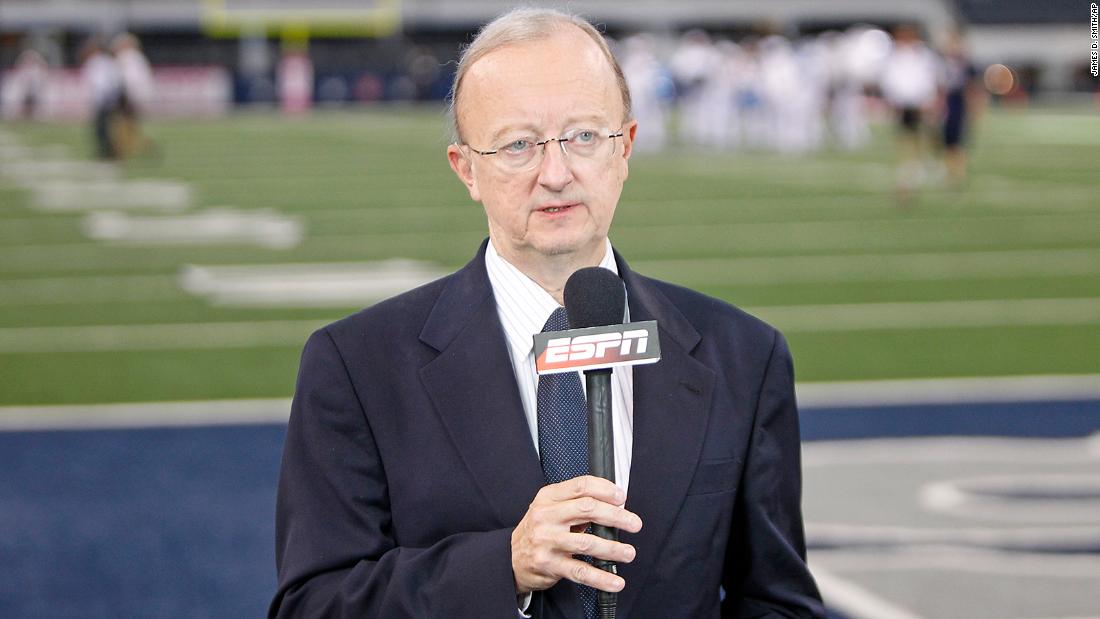 “John was a pioneer as an NFL insider but also one of the kindest men you could ever work with,” ESPN vice president and executive producer Seth Markman said, according to the network.

“He literally never said no to a show that asked him to come on — from 6 a.m. to midnight, if you asked for the Professor, he was there for you. I’ll also personally remember how he loved and cared for his beloved wife Pat as she has battled multiple sclerosis. We will all miss John greatly.”

“We are very saddened to learn of the passing of John Clayton,” the Steelers said in a tweet. “He was a Pittsburgh media icon who covered the Steelers for over a decade in the 1970s and 1980s … Our thoughts are with his wife, Pat, during this difficult time.”
Later in his career, Clayton would cover the Seattle Seahawks for the Tacoma News Tribune, said the Seahawks, who said they were “heartbroken” to have learned of his passing.

The Pro Football Hall of Fame, of which Clayton was a selection committee member, expressed its condolences on Instagram, saying Clayton’s, “impact and contribution to the game of football will be missed.”

Russell Wilson, the former star quarterback for the Seahawks, said he would miss Clayton’s “words and brilliance.”