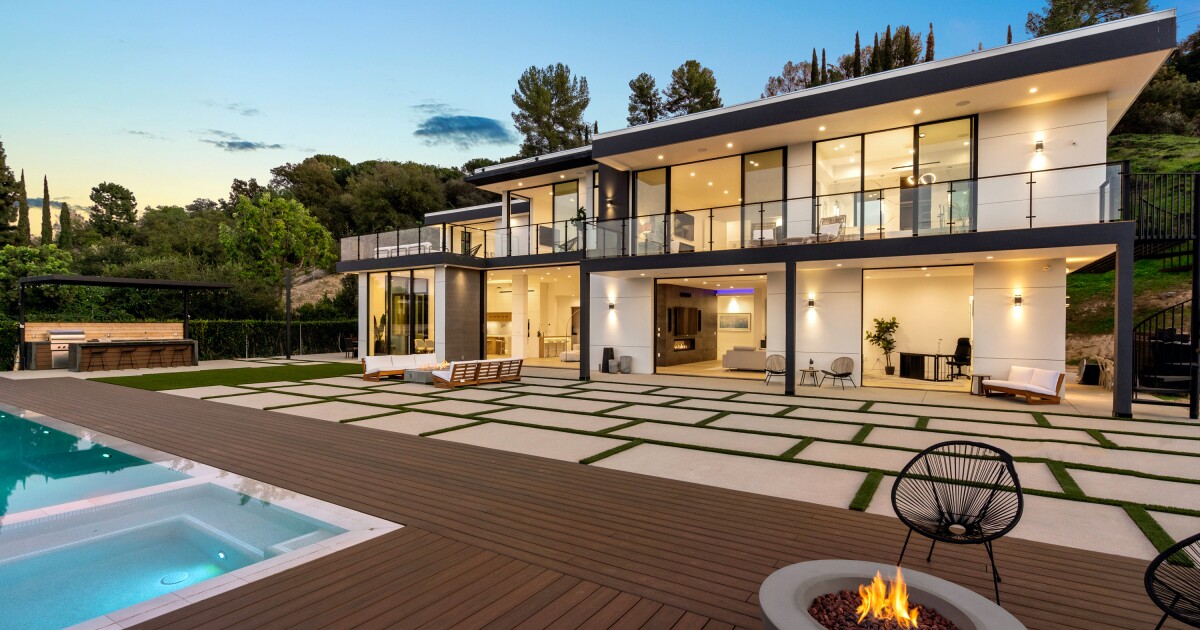 Chicago Bulls star Lonzo Ball is making his way to L.A., shelling out $7.25 million for a newly built house in the San Fernando Valley neighborhood of Sherman Oaks.

It’s a westward move for the point guard, who grew up in Chino Hills and became a star at Chino Hills High School before spending a year at UCLA and being drafted by the Lakers in 2017.

Shortly after being drafted, he spent $5.2 million on a 16,000-square-foot Chino Hills mansion, which became the headquarters for his basketball-centric family. His father, LaVar Ball, called it the “best house in an 80-mile radius.”

Ball’s latest purchase comes about a year after he inked a four-year deal with the Bulls worth $85 million. At 6,200 square feet, it’s a bit smaller than his previous place but comes with an accessory dwelling unit in case LaVar or his brother (and fellow NBA star) LaMelo come visit.

Tucked on a cul-de-sac and reached by a long, private driveway, the modern residence boasts clean lines, open spaces and sliding walls of glass overlooking the valley below. Warm wood floors mix with shades of white and gray on the main level, which features a living room with a built-in fireplace and sleek kitchen with a marble island.

Elsewhere are six bedrooms and eight bathrooms, including a primary suite that expands to a private balcony. It’s joined by a second balcony, which descends via spiral staircase to a scenic backyard complete with a swimming pool, spa, fire pit, bar and cabana. The grounds cover about three-quarters of an acre.

After leading Chino Hills to a state title and leading the nation in assists at UCLA, Ball was drafted by the Lakers with the second overall pick in the 2017 NBA Draft. In 2021, he was traded to the Bulls, where he averaged 13 points per game before being shut down for the season due to a knee injury.