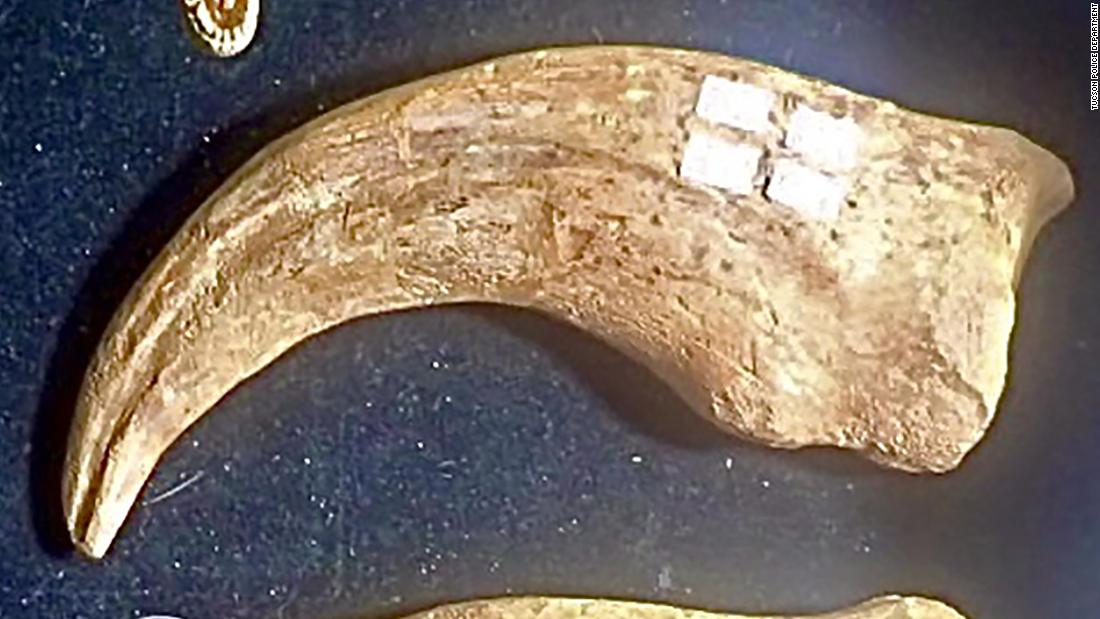 Christopher Thomas, 39, is accused of swiping the claw from the showroom of vendor Eric Miller, who was in Tucson selling fossils at the show on January 30, the Tucson Police Department said.

Thomas then tried to sell the claw to another vendor in the area on February 8, police said. The vendor recognized the claw and alerted Miller, police said, noting the vendors have a “tight-knit community.”

Thomas was detained and charged with trafficking in stolen property, Tucson police said. CNN reached out to Thomas for comment.

The dinosaur claw was returned to Miller.

“This highlights the importance of vendors/neighbors communicating & working together,” Tucson police said in an email to CNN.