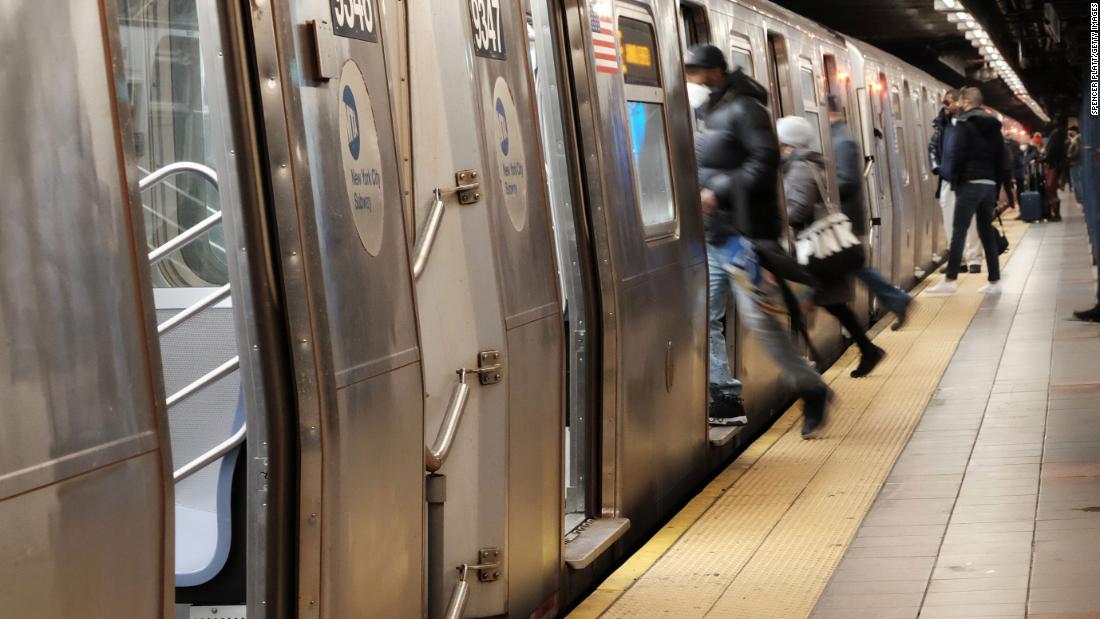 The 40-year-old suspect allegedly attacked a 41-year-old man while onboard the J train near the Essex Street station in Manhattan around 8:30 a.m. Sunday, according to the district attorney’s office and the New York Police Department. The victim suffered a cut on his face, bleeding, and pain, according to officials. He refused medical attention, police said.

The accused man has five misdemeanor convictions, many of which are for assault, according to the district attorney’s office. He also is waiting to be sentenced for a 2021 assault with a dangerous weapon and has failed to appear in court for seven different cases, it says.

Sunday’s slashing is the latest in a string of violent incidents this year related to the New York City subway system.

Last month, New York Mayor Eric Adams announced a plan to combat crime and address homelessness in the subway system that included expanding response teams of health, police and community officials across the city.
But in the three days following his announcement, eight violent incidents occurred on various subway platforms spanning several boroughs, including at least six people who were stabbed or slashed.
From the beginning of this year until the week ending February 27, there were 375 transit crimes, a jump of nearly 73% compared to the same period in 2021 that recorded 217 transit crimes, according to city data. This comes as ridership in the city’s transit system continues to increase but has yet to reach pre-pandemic levels.

On Monday, Adams said in the first week of his subway safety plan, there were 500 end-of-the-line engagements with homeless individuals, 18,000 inspections by police officers, and almost 150 contacts per day.

“We’ve always stated that this is a problem that has been decades in the making,” said Adams. “So, we’re building trust. Now, the homeless are seeing the presence of the people in the system who are saying this is no longer normal, we’re not going to accept it.”

Adams said in the coming weeks, residents will see a removal of “encampments.”

“But we’re also going to send a clear message: zero tolerance for any situation that’s a danger to people and others, we’re not accepting it,” he said.