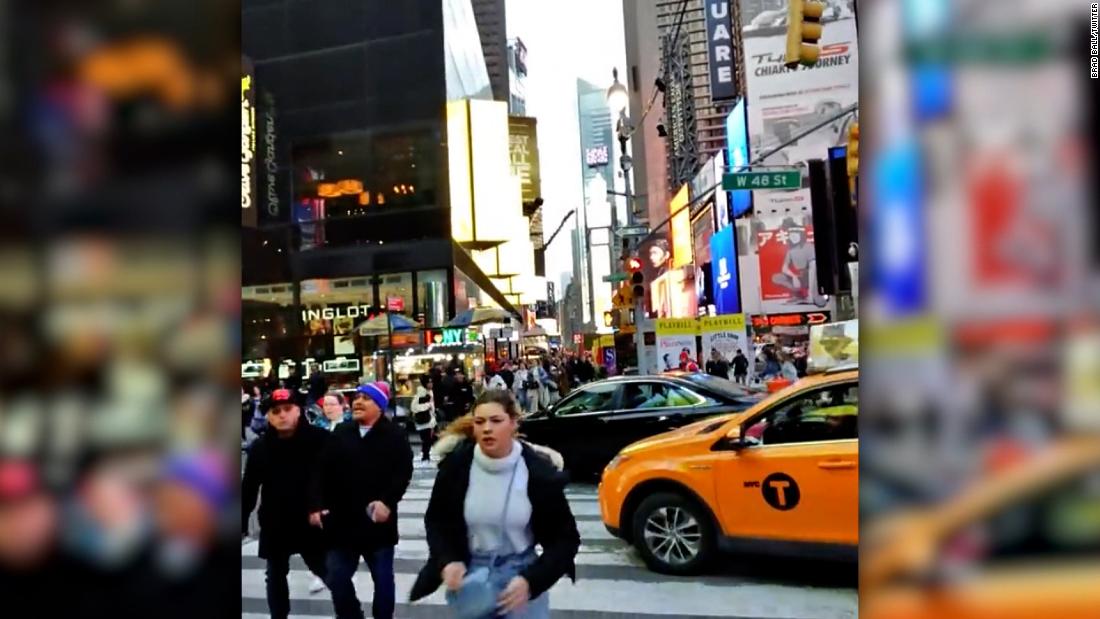 No injuries have been reported from the incident that took place shortly before 7 p.m., according to police and fire officials. Social media videos show a number of people running away after reportedly hearing a loud bang or explosion.

Firefighters searched the surrounding areas for any elevated carbon monoxide levels, the New York City Fire Department said. Officials have yet to confirm the type of manhole covers — gas, water, sewer or subway — that caught fire.

Two manhole covers were affected, and the cause was cable failure, according to Karl-Erik Stromsta, spokesperson for energy provider Con Edison.

One of the two had been part of an explosion, Stromsta said, while the second was found smoking.

There have been no reports of customer outages or injuries, he said.