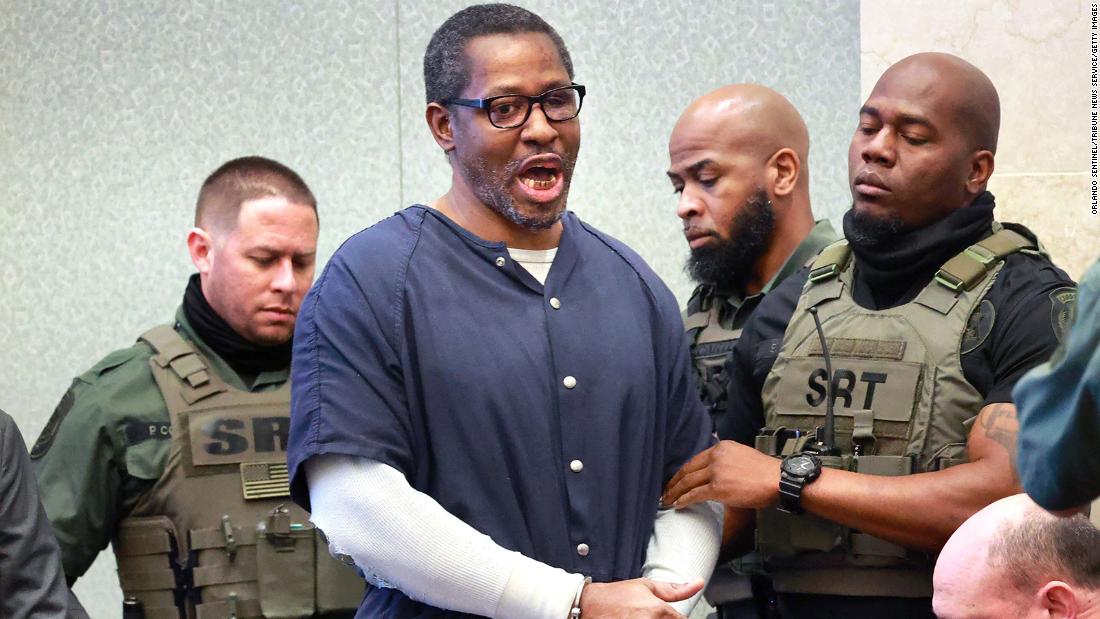 The sentence, handed down by Ninth Circuit Judge Leticia Marques, came nearly three months after a jury recommended the death penalty in Loyd’s case and more than five years after Clayton was killed in the line of duty.
In November, a jury found Loyd guilty of killing Clayton during a manhunt that began after Loyd shot and killed his ex-girlfriend and her unborn child in December 2016. Loyd was on the run in January 2017 when he shot and killed Clayton as she tried to confront him outside a Walmart, police said. He was arrested days later.

CNN affiliate WFTV reported Loyd’s family and attorney did not speak Thursday but said Loyd “lashed out verbally after his death sentence was handed down.”

Loyd was convicted in October 2019 of multiple charges in the murder of pregnant ex-girlfriend Sade Dixon. He avoided the death penalty in that case after a jury recommended a life sentence.
In a statement Thursday, Orlando police Chief Orlando Rolón acknowledged that “nothing can undo the heartache created by the defendant’s heinous actions,” but said “we hope that this brings solace to our community, knowing a dangerous murderer will face the highest penalty provided by law.”
Clayton, 42, was a master sergeant in the police department at the time of her death and was posthumously promoted to lieutenant.

In his statement, Rolón remembered Clayton as someone who “impacted the lives of those around her throughout the City of Orlando,” pointing in part to her involvement in Operation Positive Direction, a local youth mentoring program for middle and high school students.

“Though this decision may bring a sense of cloure, we will never forget Debra’s sacrifice to the Orlando Police Department and City of Orlando,” the chief said. “We are committed to serving in Lieutenant Debra Clayton’s honor, always.”

CNN’s Kay Jones and Gregory Lemos contributed to this report.