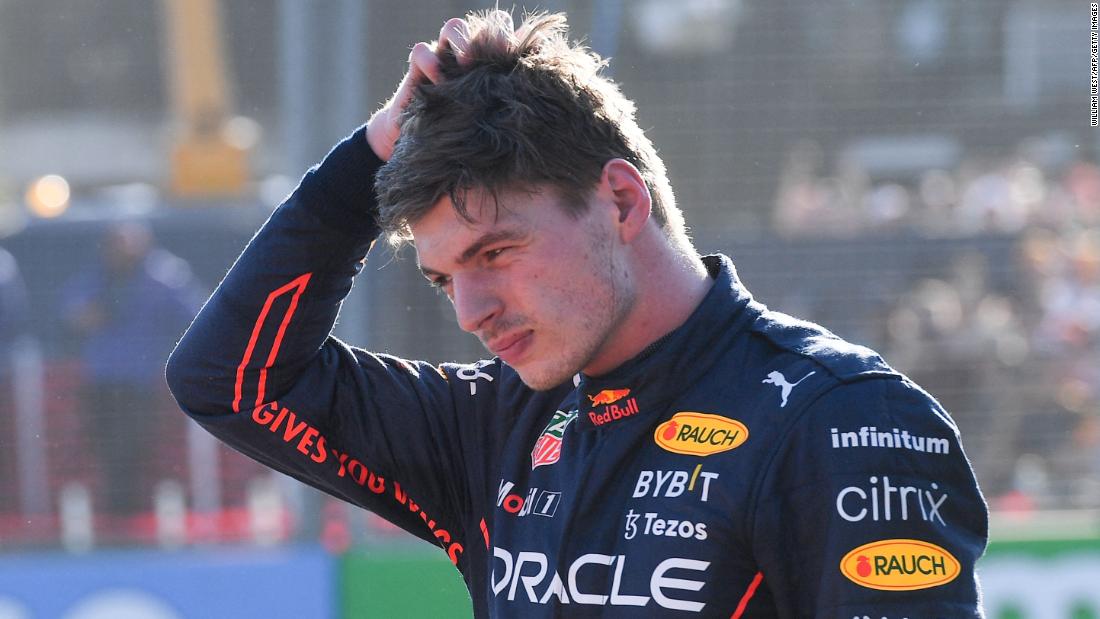 Verstappen slipped to sixth in the overall standings, 46 points behind the Monegasque driver, who won Sunday’s race by more than 20 seconds over Verstappen’s teammate, Sergio Pérez.

“We’re already miles behind,” Verstappen said after the race to F1. “I don’t even want to think about the championship fight at the moment. I think it’s more important to finish races.”

After qualifying in second place, Verstappen was forced to retire on Lap 39 of 58 due to a suspected fuel leak. Even before his retirement, the Dutchman was unable to challenge Leclerc who cruised to victory.

“Of course, today was in general just a bad day again,” Verstappen continued, “Just not really having the pace. I was just managing my tires, trying to just bring it to the end because it looked like quite an easy P2 anyway.”

Issues with the Red Bull car plagued Verstappen all weekend. In qualifying, he was hindered by balance issues while his mechanics were still tinkering with the car on the grid prior to the race.

“I knew there was a problem, so there was always going to be a question mark over finishing the race, but these kind of things — if you want to fight for the title — cannot happen,” he said.

Meanwhile, Verstappen’s erstwhile rival Lewis Hamilton finished in fourth place, a somewhat surprising result in a Mercedes car that seems unable to match the pace of Ferrari and Red Bull, though Hamilton was unhappy with his team’s tactics.

At one point, Hamilton was heard telling his engineer, “You guys put me in a really difficult position,” referring to his teammate George Russell jumping ahead into third after pitting under the safety car.

After the race, however, he was complimentary about his team.

“It was a great team result,” Hamilton told F1. “I was a bit unfortunate with the Safety Car, but I think we did a great job today; considering the pace deficit that we had to the guys up ahead, I think we did a good job.

“And George did a great job today — I got to see a bit of the battle of him racing [Sergio] Pérez, and I wish I could have been in it, but nonetheless, we’ll take these points and keep pushing.”

Despite the continued underperformance of its car, Mercedes moved up to second in the constructors’ championship, 39 points behind Ferrari and 10 ahead of Red Bull.