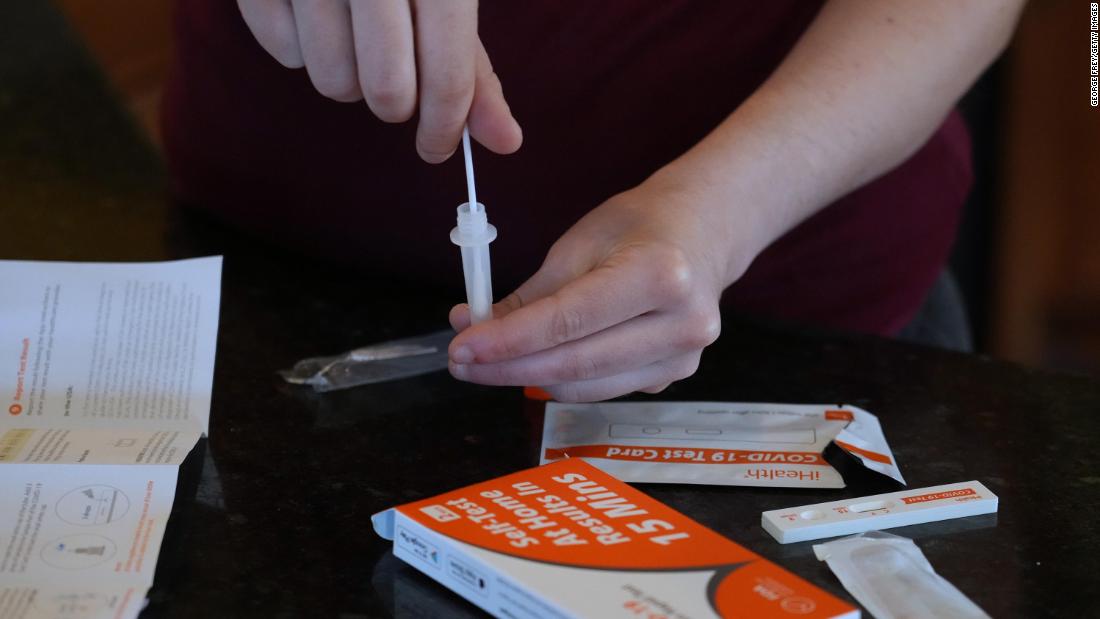 Medicare was not initially included in the directive, sparking an outcry from seniors and people with disabilities. More than 59 million Americans are enrolled in Medicare.
The delay stemmed from the fact that traditional Medicare had never covered over-the-counter tests before. CMS announced in February that it would add a new payment program so it could expand reimbursement to Medicare enrollees starting in the early spring.

“This is all part of our overall strategy to ramp-up access to easy-to-use, at-home tests free of charge,” Health and Human Services Secretary Xavier Becerra said in a statement.

Up to eight tests a month

Under the initiative, Medicare enrollees can receive up to eight home tests a month at no cost from participating pharmacies and providers, which Medicare will reimburse directly.

Enrollees can also check with their local pharmacies or providers to see if they are participating or call 1-800-MEDICARE to find locations.

The coverage will last until the public health emergency ends. It is currently set to expire in mid-April but is expected to be renewed for at least another three months.

Medicare enrollees, like all Americans, can request two free sets of four at-home Covid-19 tests from the federal government through Covidtests.gov.

They also have access to no-cost tests through health care providers at more than 20,000 testing sites.

And Medicare enrollees can get tests performed at a laboratory at no charge when ordered by a doctor, pharmacist or other health care provider.