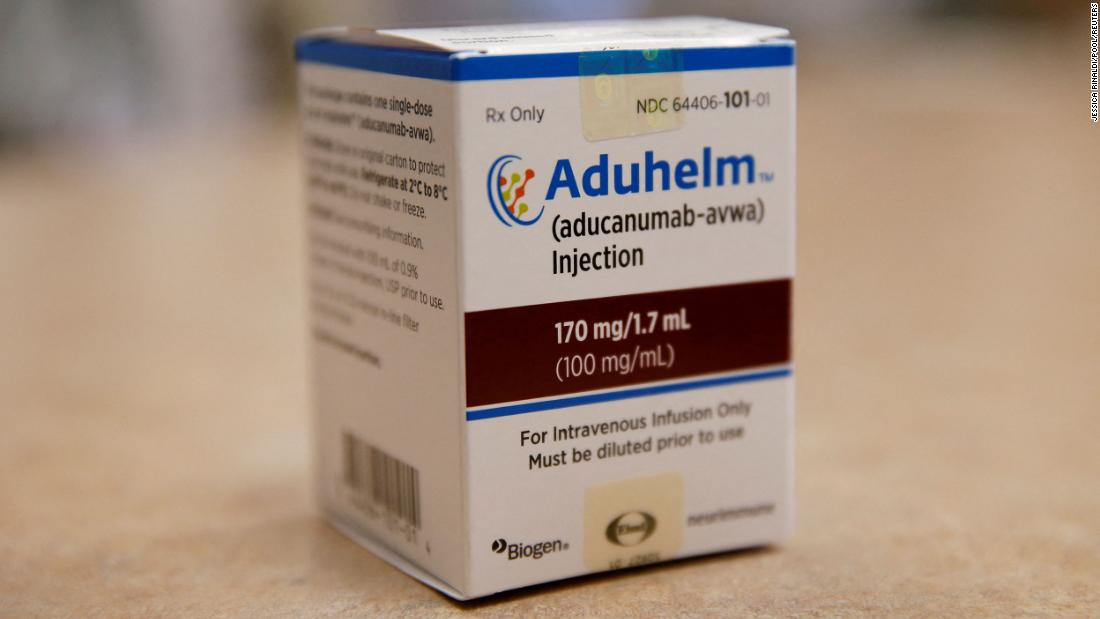 It is expected to restrict the number of people who can receive the medication. The coverage policy would also apply to other drugs in this class — monoclonal antibodies that target amyloid, or plaque, for the treatment of Alzheimer’s disease — that the Food and Drug Administration may approve in the future.

The final policy allows a broader swath of patients participating in studies to receive Medicare coverage of future treatments that, unlike Aduhelm, receive traditional approval from the FDA. More than 6 million older Americans are believed to have Alzheimer’s disease, though Aduhelm has been approved to treat only those with milder stages of the disease.

Biogen, the maker of Aduhelm, called CMS’ decision unprecedented and said it effectively denies all Medicare enrollees access to the drug and may limit coverage for treatments approved in the future.

“When additional data from this new class of treatments become available, Biogen urges CMS to reconsider today’s decision for all FDA-approved amyloid-beta targeting therapies,” the company said in a statement, noting it is considering its options.

“CMS has further complicated matters by taking the unprecedented step of applying different standards for coverage of medicines depending on the FDA approval pathway taken, undermining the scientific assessment by experts at FDA,” she said.

The agency made this decision based on evidence and a thorough analysis of public feedback, CMS Administrator Chiquita Brooks-LaSure said in a statement. More than 10,000 comments on the proposed policy were submitted.

“CMS has a responsibility to ensure that people with Medicare have equitable and appropriate access to therapies that are reasonable and necessary for use in the Medicare population,” she said. “Through this decision, we are creating a pathway for people with Medicare to quickly access drugs the FDA determines have shown a clinical benefit and encourages manufacturers and trial administrators to ensure that the clinical trials recruit racially diverse participants.”

The agency weighed the potential for patient benefits against the significance of serious unknown factors that could result in harm, Dr. Lee Fleisher, CMS chief medical officer, said in a statement.

“There is the potential for promise with this treatment; however, there is not currently enough evidence of demonstrating improved health outcomes to say that it is reasonable and necessary for people with Medicare, which is a key consideration for CMS when making national coverage determinations,” Fleisher said.

Medicare has never before required enrollees to participate in a clinical trial for a drug already approved by the FDA that’s being used for its intended purpose.

“It’s unconscionable and reprehensible that CMS would force Alzheimer’s patients to play by a different set of rules than patients with other diseases like cancer and HIV,” UsAgainstAlzheimer’s co-founder George Vradenburg said in a statement.

“This decision will affect the future of Alzheimer’s treatments for at least the next 10 years, representing a crushing blow for the more than 6 million Americans with Alzheimer’s who were depending on CMS to approve coverage to label for these treatment options,” he said in a statement.

Controversial from the start

The FDA’s approval of Aduhelm last June raised many questions and concerns about the process, the drug’s efficacy and its annual cost. Biogen initially priced it at about $56,000 a year.

The approval was also a driving force behind a massive increase in Medicare Part B premiums for 2022. The standard monthly payment soared to $170.10, up from $148.50 last year, for the more than 63 million enrollees.

About $10 of the premium spike is due to Aduhelm, a CMS official told CNN in November. The rest stems from a general increase in health care prices and usage, as well as from congressional action that limited the rise in Part B premiums for 2021 amid the coronavirus pandemic.

Even though Medicare had not yet decided at the time whether it would cover the medication, its actuaries had to make sure the program has sufficient funding in case it did.

Biogen later cut the price of the medication roughly in half to $28,200 a year. That prompted Health and Human Services Secretary Xavier Becerra to take the unusual step of instructing the agency to reassess a major increase in Medicare Part B premiums, which it is continuing to do.
Aside from the impact on Medicare, the drug’s approval process has spurred investigations by several congressional committees and the FDA’s inspector general.

It’s unclear how many patients will ultimately receive the medication. About a month after it initially approved Aduhelm, the FDA narrowed the group of patients who could receive it to those with mild cognitive impairment or milder states of the disease. Also, it’s unknown how many doctors will prescribe it because of questions surrounding its results.