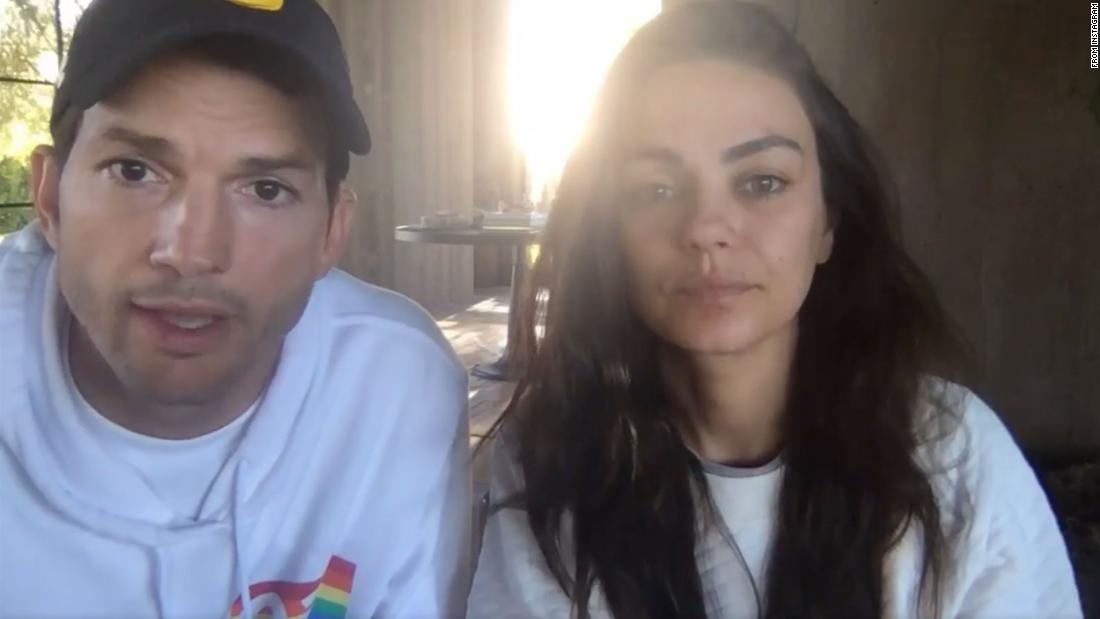 In a video shared on Kutcher’s Instagram, the couple thanked supporters for their donations. “Over 65,000 of you donated,” said Kunis. “We are overwhelmed with gratitude for the support.” She pointed out that while the donations will not solve the crisis, “our collective effort will provide a softer landing for so many people as they forge ahead into their future of uncertainty.”

“We are going to do everything we can to ensure that the outpouring of love that came from you all as a part of this campaign finds the maximum impact with those in need,” added Kutcher. “As funding continues to come in, we are going to treat every dollar as if it is being donated out of our pocket.”

The International Organization for Migration says that since the Russian invasion of Ukraine began in late February, over 3 million refugees have fled the country, including at least 1.5 million children. Many of them have found refuge in neighboring countries, including Romania, Moldova, and Poland. And 6.48 million people have been internally displaced, forced to leave their homes to search for safety elsewhere in the country.

As of early Sunday, more than $34 million had been donated through 69,300 individual donations according to the GoFundMe page.

Kunis herself is a “proud Ukrainian.” On the pair’s GoFundMe, she explained that she was born in Chernivtsi, a city in southwestern Ukraine, in 1983 and her family traveled to the US eight years later.

“Ukrainians are proud and brave people who deserve our help in their time of need,” she wrote. “This unjust attack on Ukraine and humanity at large is devastating and the Ukrainian people need our support.”

Donations to the GoFundMe are going to two organizations: freight transportation company Flexport, which is organizing shipments of relief supplies to refugee sites in Poland, Romania, Hungary, Slovakia and Moldova, and Airbnb, which is providing free, short-term housing to refugees from Ukraine.
Kunis and Kutcher join other stars including Blake Lively and Ryan Reynolds, who also pledged to match donations for Ukrainian refugees, and Gigi Hadid — who donated her fashion month earnings to relief in Ukraine.