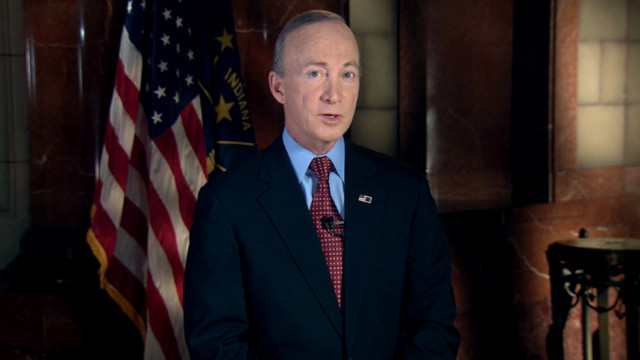 Daniels is a motorcycle enthusiast and rides a Harley Davidson.

Daniels has worked in the presidential administrations of Ronald Reagan and George W. Bush.

He is known for being fiscally responsible, balancing Indiana’s budget in his first term as governor, cutting expenditures wherever possible and having a surplus over multiple years.

January 10, 2005-January 14, 2013 – Two-term Republican governor of Indiana.
May 22, 2011 – Announces he will not be running for president in 2012.
June 21, 2012 – Purdue University announces Daniels has been unanimously elected to be the school’s next president.
January 15, 2013 – Daniels starts his position as president of Purdue University.
January 27, 2015 – Daniels writes a Wall Street Journal opinion piece, “How Student Debt Harms the Economy.” He writes that there is “evidence that it’s not just consumer spending that these debts are denting, but also economic dynamism.”
November 28, 2016 – Is elected as a member of the Boards of Directors for Norfolk Southern Corporation.