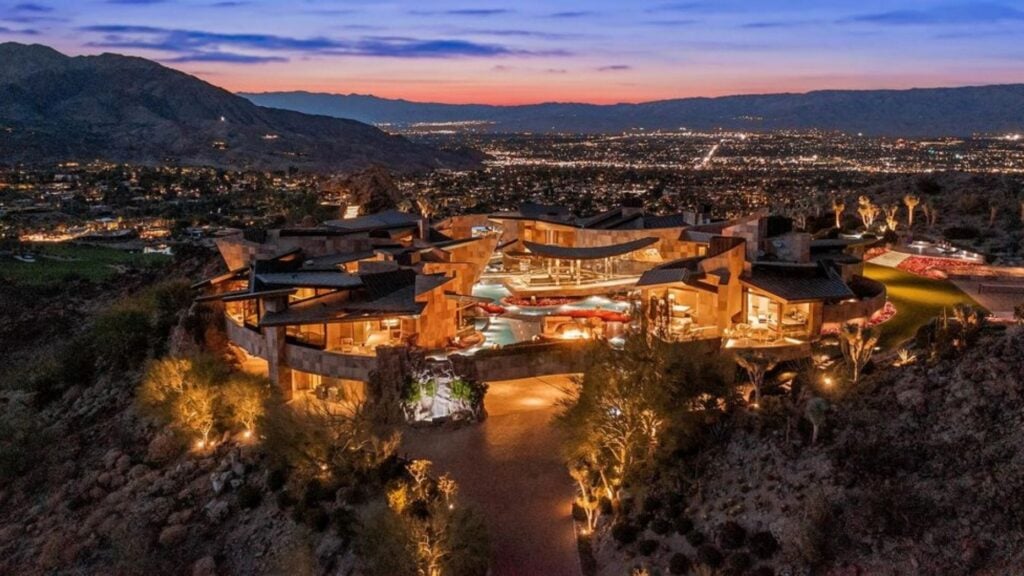 The modern home, which looks like it could easily fit into the setting of a sci-fi film, was originally listed for $49.5 million in November and was built in 2007 by the late Duane Hagadone, a publishing and hospitality executive.

A sweeping 32,000-square-foot property located in the Coachella Valley outside Palm Springs, California, has sold for $42 million, The Wall Street Journal reported on Wednesday.

The modern home, which looks like it could easily fit into the setting of a sci-fi film, was originally listed for $49.5 million in November and was built in 2007 by the late Duane Hagadone, a publishing and hospitality executive who hailed from Coeur d’Alene, Idaho.

At this time, the buyer has not been identified. Jade Mills and Steve Frankel of Coldwell Banker co-represented the listing along with Bighorn Properties, the management firm of Bighorn Golf Club, where the property is located.

The home was designed by Guy Dreier, an architect known for his sculptural designs, and sits on nearly eight acres of land overlooking Big Horn Golf Club.

Sixteen retractable glass walls help facilitate mountain and valley views from every room in the house, and promote an indoor-outdoor lifestyle.

“Mirroring the natural terrain, the home was designed with overlapping planes and serpentine walls that form a series of asymmetrical pavilions,” the listing description reads.

An integration with the outdoors is further accentuated with the home’s natural building materials, including panther slate from India, and 55,000 pounds of copper used to construct the roof. An office, separate from the primary residence, is built into the mountainside, as though armored in boulders.

Hagadone purchased eight acres of land in 2007 for $4.5 million, as well as two adjacent land parcels that weren’t included in the sale for $5.5 million, according to sales records. Hagadone, who is credited with building up Coeur d’Alene into a lakefront tourist destination, passed away in April at the age of 88.