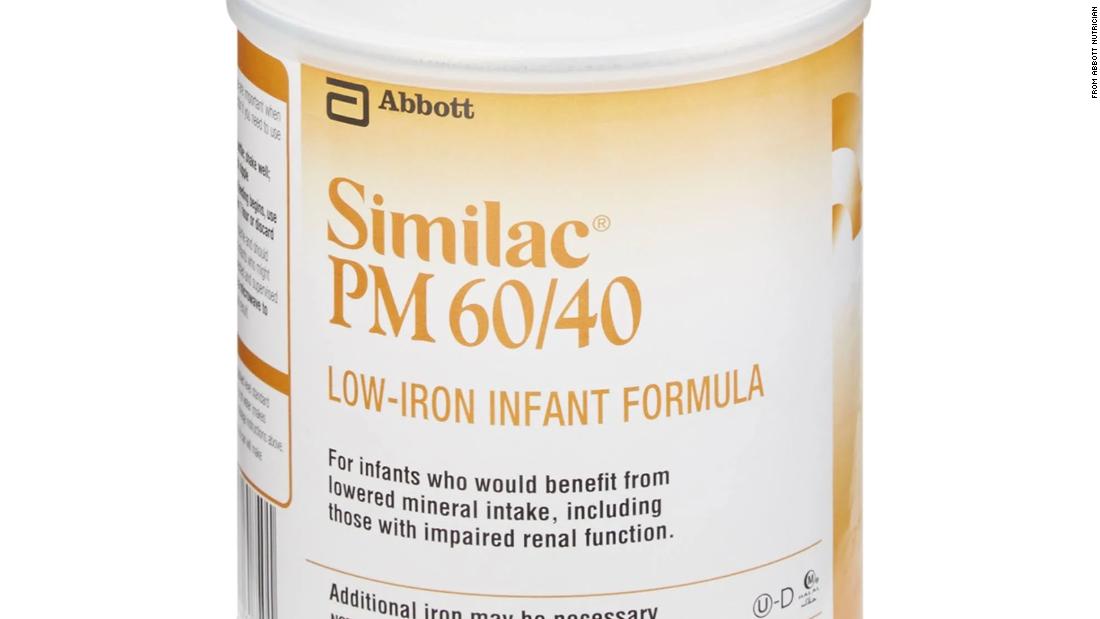 The Centers for Disease Control and Prevention and the US Food and Drug Administration are investigating reports and complaints of infant illness related to formula from Abbott’s facility in Sturgis, Michigan.

The FDA said Monday that a child consumed Similac PM 60/40 before getting a Cronobacter sakazakii infection and dying. The agency said the infection “may have been a contributing cause of death” for the child.

Abbott recalled the formula with the lot code 27032K800 on Monday. The company said no distributed product has tested positive for the presence of Cronobacter sakazakii.

“This case is under investigation, and at this time the cause of the infant’s Cronobacter sakazakii infection has not been determined,” Abbott said on its website. “We want to extend our heartfelt sympathies to the family.”

Other Abbott products should not be used if the first two digits of the lot code are 22 through 37; the code on the container contains K8, SH or Z2; and the expiration date is April 1, 2022, or later.

There have been four reports of Cronobacter sakazakii infections in infants and one complaint of a Salmonella Newport infection related to products from the Sturgis facility, the FDA said. Each of the five infants was hospitalized and Cronobacter may have contributed to death of two, the agency added.

“The recalls do not include liquid formula products,” the FDA said. “Consumers should continue to use all product not included in the recalls.”

Cronobacter bacteria can cause severe, life-threatening infections or inflammation of the membranes that protect the brain and spine. Symptoms include abnormal movements, grunting breaths, irritability, jaundice, lethargy, poor feeding, rash, temperature changes, or blood in the urine or stool, according to the FDA.

The reports come as the United States is facing a shortage of baby formula. Manufacturers have said they’re producing at full capacity and are making more formula than ever before, but it’s still not enough to meet current demand.