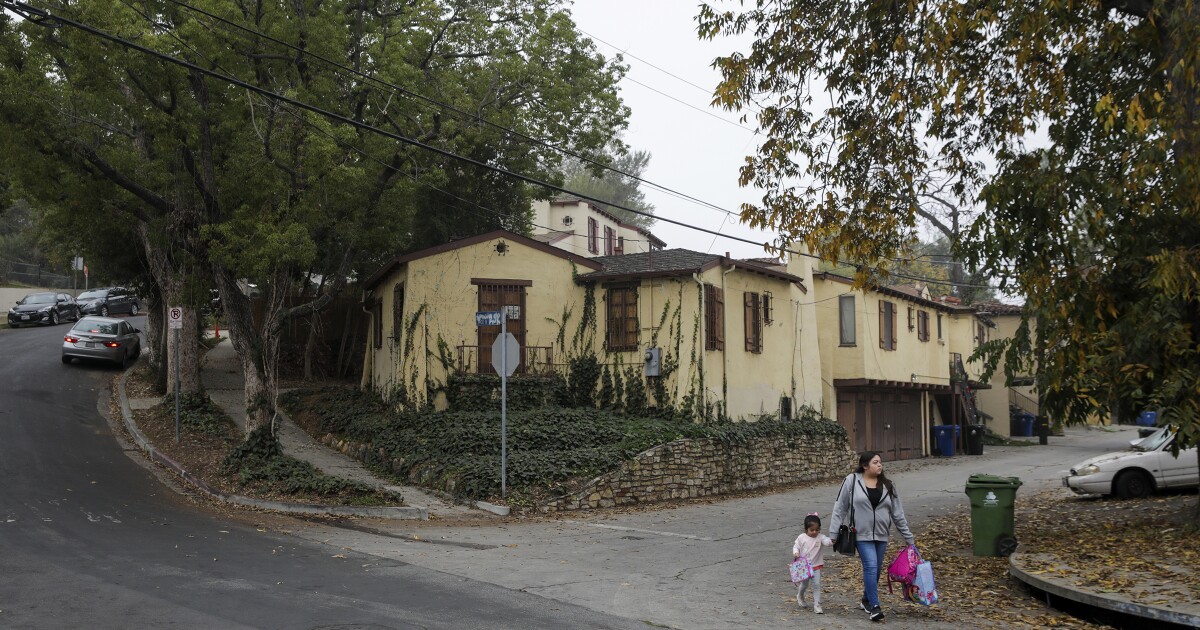 More than half of Californians are concerned about their ability to pay housing costs, according to the results of a poll released Wednesday.

The survey, conducted from March 6 to March 17 by the Public Policy Institute of California, found that nearly 55% of Californians were concerned about not having enough money to pay their rents or mortgages.

That figure includes 26% of Californians who are “very concerned” about having enough money to pay for housing. Among low-income residents, defined as those making less than $40,000 a year, the rate of respondents who said they were very concerned rose to 41%.

Those who rent their homes bore the brunt of the anxiety over paying for housing; the institute found 34% of renters were very concerned, making them twice as likely as homeowners to have such strong concerns.

Though significant percentages of those polled were not worried about making rent or a mortgage payment, nearly 90% of all adults said housing affordability is nonetheless a problem in their part of California, and 64% said it was a big problem.

People across demographic groups believed affordability to be a big problem, a concern shared by both renters and home buyers.

“Notably, similar shares of homeowners (64%) and renters (65%) call this a big problem,” the institute said.

The poll suggested housing affordability is a greater concern in the state’s major population centers. Residents of the Los Angeles area, the San Francisco Bay Area, and Orange and San Diego counties were more likely than residents of other parts of California to say affordability is a big problem.

Economists expect prices to continue their upward drift well into 2022 but at a slower rate than seen during the last 24 months.

Housing costs have led to a “record high 46% of Californians” to seriously consider moving, the poll found.

The survey comes as Californians, and others across the country, continue to have their pocketbooks squeezed at the gas pump and other places.

Gas prices in Southern California skyrocketed in March, with prices in L.A. County averaging over $6 per gallon this week.

Some financial help may be on the way. Gov. Gavin Newsom on Wednesday outlined his plan to send up to $800 to vehicle owners — $400 for each registered vehicle.