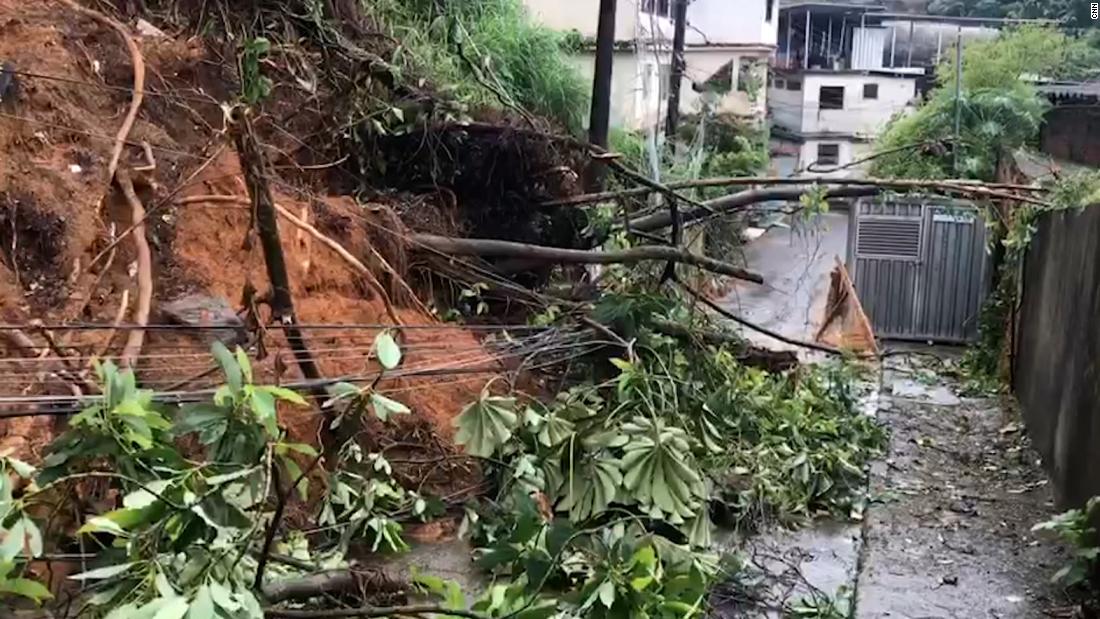 A landslide in the town of Paraty killed at least eight people — a father and seven of his children — ages 2 to 17, municipal officials told the affiliate. A seventh child was rescued and transported to a hospital.

At least four other people were injured — none seriously — after seven houses were hit by landslides in the coastal community of Ponta Negra, according to officials in Paraty. More than 22 neighborhoods sustained flooding and 71 families were displaced.

In the municipality of Mesquita, a 38-year-old man was electrocuted to death after three days of heavy rainfall, CNN Brazil reported.

In the city of Angra dos Reis, a 4-year-old girl and a teenager were killed and at least nine people were missing, the affiliate reported, citing civil defense and fire officials. Five people were rescued.

In early February, at least 24 people were killed and more than 1,500 displaced after the state of São Paulo was battered with heavy rains for days, triggering floods and landslides.