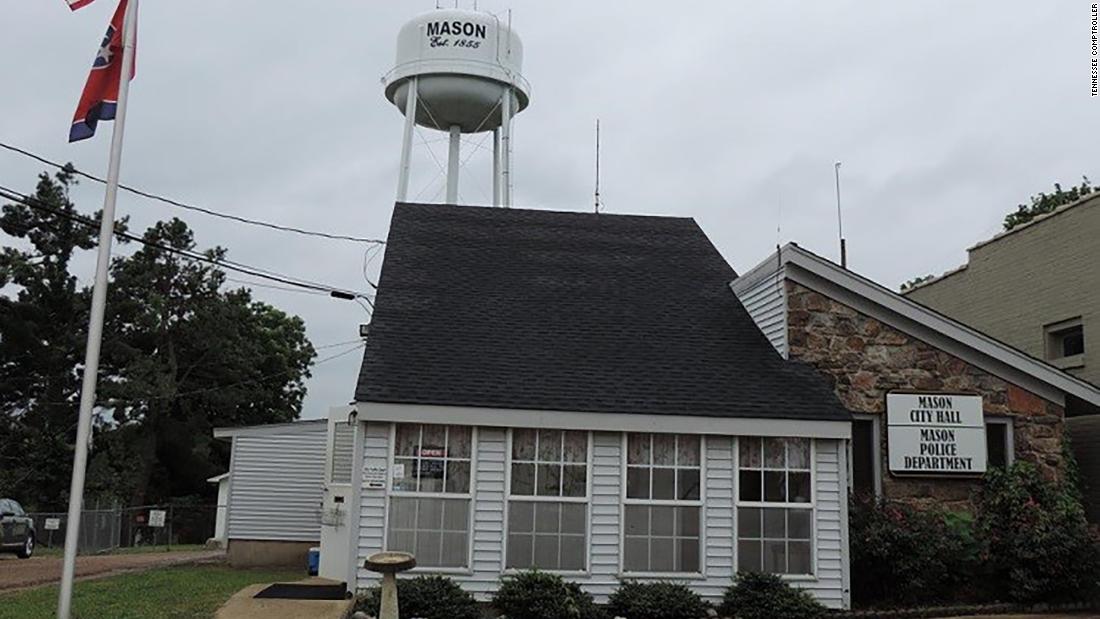 Mason Mayor Emmit Gooden, the Board of Aldermen and the town are accusing Jason Mumpower, Tennessee’s Comptroller of the Treasury, of violating the Equal Protection Clause and going beyond his authority under state and federal law as comptroller through his “unlawful efforts” to take over the town’s finances.

The comptroller’s office declined to comment on the lawsuit but has previously denied bias in the decision to oversee the town’s finances.

This lawsuit follows an ongoing battle over financial supervision between town officials and the comptroller’s office as the area is welcoming a $5.8 billion Ford Motor Company plant in 2025 called BlueOval City. A couple of weeks ago, Mumpower sent a letter to Mason residents calling on them to push for the town to relinquish its charter. After the town decided to keep its charter, the comptroller said it must fix the town’s financial troubles or Tipton County will officially take over the city’s finances.

The takeover is now ongoing as town officials are being “stripped of all financial autonomy and can spend no more than $100 without the prior approval” of the comptroller’s office, according to the lawsuit.

Mumpower denies bias and previously told CNN he does not want Mason to be left out of the financial benefits of the Ford plant. Yet town officials are still skeptical about what the comptroller will do next.

The leaders of the town, with a population of less than 1,500, 72% of whom are Black, believe the state is only now getting involved because the Ford plant is coming to the area — about 10 miles away from Mason. Town officials believe Tipton County wants to take advantage of the incoming economic opportunities.

“We think that this majority African American town should be able to realize the economic opportunity that Ford Motor Company is bringing,” Van Turner, one of the attorneys on the lawsuit, told CNN.

The NAACP helped the town file the suit to assist the city in protecting the citizens of Mason.

“Here are individuals who have been in this town for generations, and they have operated in a way in which they had to survive without real tangible support in recent years from the state,” NAACP President Derrick Johnson told CNN.

The NAACP Legal Defense Fund sent a letter to Mumpower earlier this week regarding its concerns that the comptroller’s office decision to take over financial control for an indefinite period is discriminatory.

Mumpower, who has authority over incoming and outgoing funds for the state, says he is also allowed to provide enhanced supervision over local government’s finances. The suit alleges he is exceeding that power.

Although the Tennessee Code allows the comptroller to review town budgets and to require municipalities to reduce expenditures or levy additional taxes, it does not appear to allow day-to-day supervision over a town’s financial transactions, according to the NAACP Legal Defense Fund.

Counts alleged against the comptroller’s office include violation of state law and violation of the Equal Protection Clause and the Tennessee Constitution. The town of Mason is also seeking declaratory judgment.

The NAACP Legal Defense Fund said it believes the timing of the comptroller’s involvement is irrational and that the state’s actions are motivated by racial discrimination, according to the letter to Mumpower.

The comptroller’s office has only stepped in and taken control over a town’s finances in three other instances — Van Buren County in 2020, the Town of Jellico between 2013 and 2018 and Polk County in the 1900’s, according to the legal defense fund. Town officials said that even with much worse financial situations than Mason, the comptroller’s office never pushed them to give up their charter. Both Van Buren County and Jellico have a population with about 95% White people, while Mason has about 23% White people.

Johnson told CNN the results of the investigation showed there was no evidence of equal treatment among jurisdictions.

“The fact that the attempted takeover is being perpetrated only now — rather than years ago, when Mason’s White leadership actually caused the financial issues complained of — demonstrates that Defendant’s timing and alleged justification are neither rational nor plausible,” the lawsuit says.

Black-majority towns are regularly disenfranchised, according to Andre Perry, a senior fellow at the Brookings Institution.

“Small Black-majority municipalities often are up against White state and county leaders who simply don’t give their fellow citizens the same privileges because of the color of their skin,” Perry told CNN. “It appears Mumpower values the assets and infrastructure of Mason more than the people.”