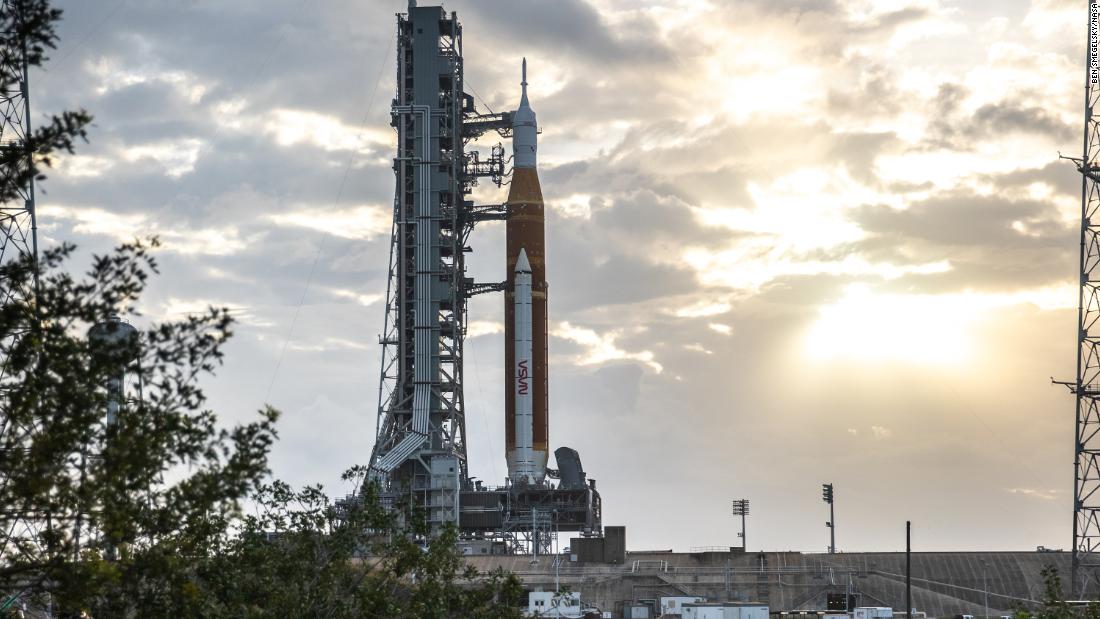 “We’re not ready to give up” on the June launch window, Artemis mission manager Mike Sarafin told reporters in a Tuesday news conference.

On Monday, NASA made its second attempt at what it calls a wet dress rehearsal, which simulates every stage of launch without the rocket actually leaving the launchpad. The rehearsal is a crucial step in the first phase of NASA’s Artemis program, which is expected to return humans to the moon and land the first woman and the first person of color on the lunar surface by 2025.

The test was stopped Monday before it was completed because of an issue with a panel on the mobile launcher that controls the core stage vent valve, said Charlie Blackwell-Thompson, Artemis launch director for NASA’s Exploration Ground Systems program. The valve relieves pressure from the rocket’s core stage while tanking of the propellant is underway, according to NASA.

The team attempted to resolve the issue by trying both the primary and secondary valves, but they were unable to fix it.

Due to the time of day, officials decided to stop operations so a team could look at the panel, Blackwell-Thompson said.

“This was a test, and the purpose of the test is to fully understand our systems in a day-of launch configuration,” she said. “Our team accomplished quite a bit.”

There is no word yet on when the next attempt at a wet dress rehearsal will take place, but Sarafin said he expects it “in short order.”

The test was originally scheduled to be completed on Sunday but was put on hold before the propellant was loaded. That was due to problems with two fans used to provide pressure to the mobile launcher — the movable tower which the rocket sits upon before it lifts off.

NASA said Monday it was able to resolve the malfunction of the fans, which are needed to pressurize enclosed areas inside the launcher and keep out hazardous gases.

The results of the wet dress rehearsal will determine when the uncrewed Artemis I will launch on a mission that goes beyond the moon and returns to Earth.

During the flight, the uncrewed Orion spacecraft will launch atop the SLS rocket to reach the moon and travel thousands of miles beyond it — farther than any spacecraft intended to carry humans has ever traveled. This mission is expected to last for a few weeks and will end with Orion splashing down in the Pacific Ocean.

Artemis I will be the final proving ground for Orion before the spacecraft carries astronauts to the moon, 1,000 times farther from Earth than where the International Space Station is located.

After the uncrewed Artemis I flight, Artemis II will be a crewed flyby of the moon, and Artemis III will return astronauts to the lunar surface. The time line for the subsequent mission launches depends on the results of the Artemis I mission.

CNN’s Katie Hunt and Ashley Strickland contributed to this report.