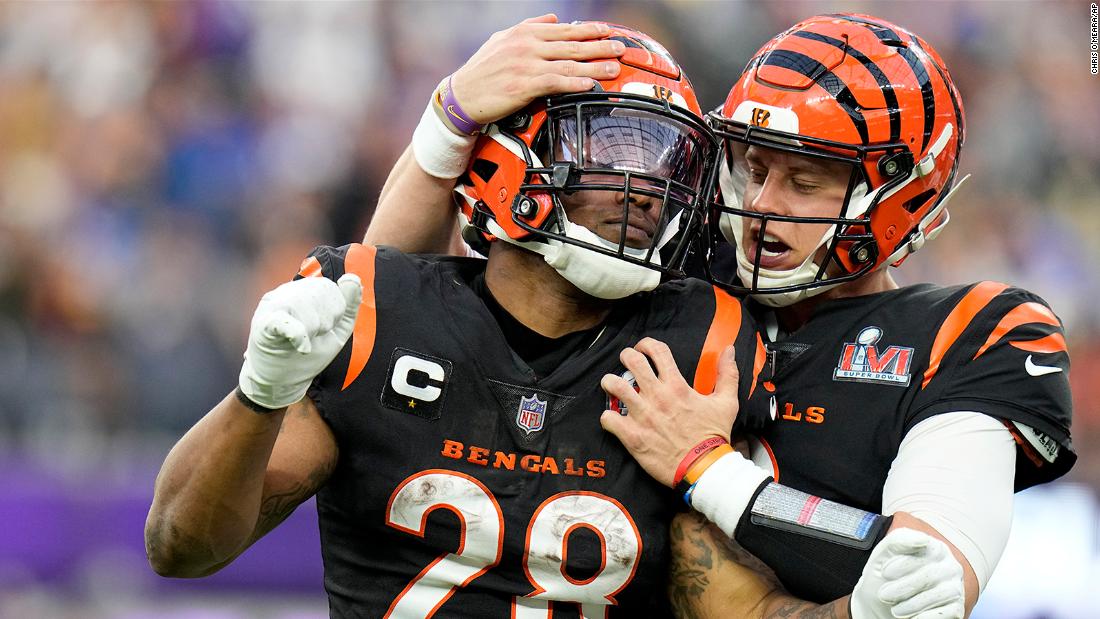 From a marketing perspective, you have to marvel at what NBC has pulled off. The company billed this day as “Super Gold Sunday” because it opened with Winter Olympics action, shifted to the Super Bowl, and will end with even more Olympics coverage.

Sportscaster Mike Tirico personified this unprecedented combo by flying from Beijing to Los Angeles with a couple days at NBC Sports headquarters in Stamford, Connecticut in between. He told reporters that Sunday would be “the most complicated event that any company has ever been involved with in terms of sports broadcasting.”

Even if that’s a bit over the top, I know his colleagues appreciate it. NBC leveraged Super Bowl LVI, the most-watched TV event of the year by a mile, to promote two corporate priorities: The final week of Winter Olympics programming and the Peacock streaming service.

Peacock was all over Sunday’s pre-game show, as expected, with multiple plugs for the new series “Bel-Air,” which began streaming on Sunday to take advantage of the big game. “Bel-Air” is a dramatic reimagining of “The Fresh Prince of Bel-Air.”

“Promoting the show during the Super Bowl might not be the ideal juxtaposition for a dark drama,” CNN media critic Brian Lowry wrote in his review, “but in terms of percentages, if the series can hook a tiny fraction of those viewers the bet will pay off for Peacock.”

When compared to well-established streaming services like Netflix and Disney+, Peacock has a lot of catching up to do. NBC streamed the Super Bowl on the service along with its TV network on Sunday. And the network allotted time during the first quarter for an ad promoting various new shows that are coming to the service.

Other NBC priorities include the imminent return of “Law & Order” and new broadcast TV series like “Endgame” and “The Thing About Pam.” Variety’s Brian Steinberg reported that “the network will promote dramas and mysteries in the fourth quarter, where tensions will be high if the game is close as its end draws near.”

That makes a lot of sense. Overall, though, I’d say that the Peacock promotion stands out the most. One ad even tapped into interest in the ViacomCBS franchise “Yellowstone” by pointing out that Peacock, not Paramount+, is “the streaming home of Yellowstone.”

But it wouldn’t be a streaming super-event without online gripes about the stream’s quality. A quick search of “Peacock” on Twitter showed some fans complaining about some audio level issues during the pre-game show.

A boost for the Olympics?

This CNN story notes that the “Super Gold Sunday” arrangement was carefully planned by NBC. The network “was originally scheduled to broadcast the 2021 Super Bowl but swapped years with CBS in order to have both the Super Bowl and the Winter Olympics” on at basically the same time.

With the Super Bowl broadcast, NBC may be able to boost interest in the Winter Games, which has been historically weak, though still dominant compared to everything else on TV.

“The last time NBC aired the Super Bowl, it followed the game with an episode of the drama ‘This Is Us,'” Stu Woo and Lillian Rizzo wrote for The Wall Street Journal. “Three years before that, its broadcast led into the crime thriller ‘The Blacklist,’ while the time before that featured ‘The Voice.’ This year, instead of using the coveted time slot to push a TV show, NBC is giving it to a little-known Olympic event.” The event is monobob, a one-woman bobsled race that is making its Winter Games debut. “This would give bobsledding its biggest mainstream moment since ‘Cool Runnings,’ even in this cord-cutting era,” the Journal reporters wrote.
The Boston Globe’s Chad Finn wrote, “Now NBC waits to see if its sports smorgasbord Sunday, with the Super Bowl as the ultimate opening act, can juice those Olympic viewership numbers.”