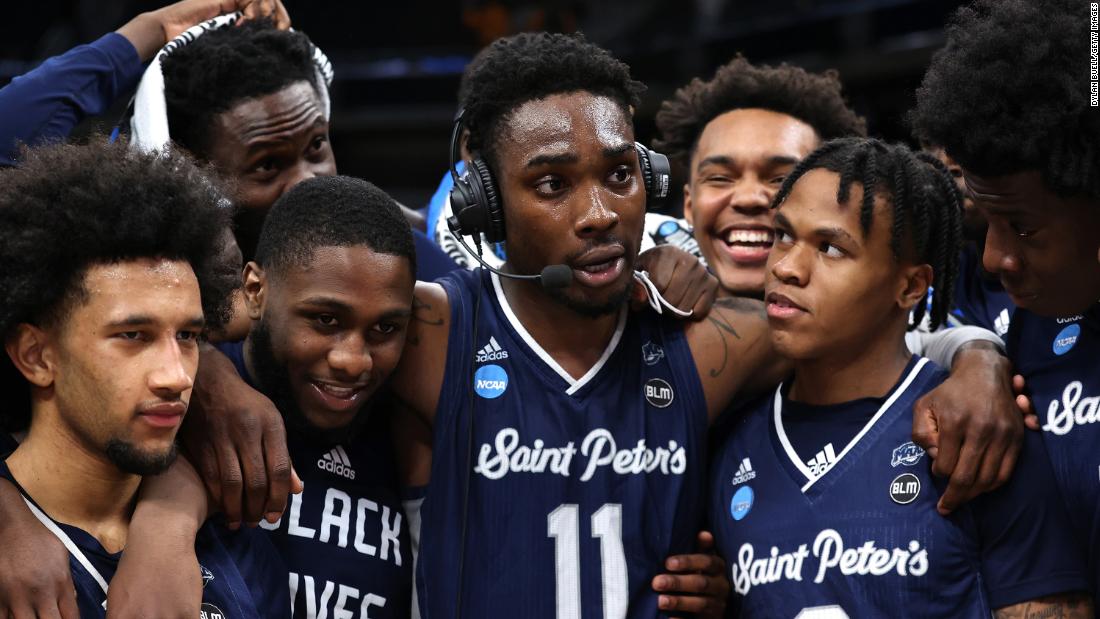 The 12-member selection committee, comprised of athletic directors and conference commissioners, is responsible for selecting the 36 at-large teams, seeding (or ranking) all 68 teams and placing them in one of four regions within the bracket. The committee’s field of 68 is revealed on the Sunday before the four first-round games, appropriately dubbed “Selection Sunday.”

The selection process is based on many factors including win-loss record, strength of schedule and NET (NCAA Evaluation Tool) data.

Similar to the men’s selection process, a 12-member selection committee chooses the 36 at-large teams, seeding (or ranking) all 68 teams and placing them in one of four regions within the bracket.

The committee’s field of 68 is revealed the day before the four first-round games.

The selection process is based on many factors including win-loss record, strength of schedule and NET (NCAA Evaluation Tool) data.

The “First Four” are the four opening round games in the Men’s tournament. Two games match number 16 seeds against each other, and the other two games feature the last four at-large teams selected into the tournament. The winners advance to the next round, the round of 64.

The 16 teams that advance beyond their first and second-round games are referred to as the “Sweet Sixteen.” The remaining eight teams are called the “Elite Eight,” and the last four teams are the “Final Four.”

An underdog or lower-seeded team that advances throughout the tournament is often referred to as a “Cinderella” team.

UCLA has the most NCAA Men’s Basketball Tournament wins with 11.

The University of Connecticut (UConn) has the most NCAA Women’s Basketball Tournament wins with 11.

1954 – The tournament final is broadcast live nationwide for the first time.

2005 – College Sports Television begins a two-year agreement with CBS Sportsline.com and the NCAA for exclusive video streaming rights on CSTV.com for out-of-market game coverage. CSTV pays CBS $3 million for the rights and expects to be profitable in the first year.

April 22, 2010 – In addition to expanding the men’s tournament basketball field to 68 teams from 65, the NCAA announces a 14-year, $10.8 billion television rights deal with CBS and Turner Sports. The deal, which goes into effect in 2011, marks the first time that each game will be televised nationally.

April 12, 2016 – The NCAA announces an 8-year extension of its TV deal with Turner Broadcasting and CBS Sports. The extension to the current deal — for a combined total rights fee of $8.8 billion — will keep the big game at Turner and CBS until 2032.
February 20, 2018 – The NCAA Infraction Appeal Committee announces they will uphold penalties against the Louisville Cardinals Men’s Basketball team for their serious violations of NCAA rules. The Committee panel found that they “acted unethically….by arranging striptease dances and sex acts for prospects, student-athletes and others, and did not cooperate with the investigation.” The penalties vacate every win from 2011 to 2015, including the 2013 national championship and the 2012 Final Four appearance.
August 22, 2018 – The NCAA announces a new ranking tool, the NET (NCAA Evaluation Tool). It replaces RPI, or the ranking performance index, as the method which will be used to choose which teams will be selected to participate in the tournament.
March 12, 2020 – NCAA President Mark Emmert and the Board of Governors cancel the men’s and women’s Division I basketball tournament, and other winter and spring NCAA championships, due to concern over the coronavirus. The Division I championships have been played every year since the men’s inception in 1939 and women’s in 1982.
January 4, 2021 – The NCAA announces that the entire 2021 NCAA men’s basketball tournament will be played in the state of Indiana, with the majority of the 67 scheduled games to be played in Indianapolis.
February 5, 2021 – The NCAA announces that the entire 2021 NCAA women’s basketball tournament will be played in Texas, with the majority of the 63 scheduled games to be played in San Antonio.
September 29, 2021 – After a “comprehensive external review of gender equity issues,” the NCAA announces that beginning in 2022, the “March Madness” branding that has historically been used for the Division I men’s basketball tournament will also be used for the women’s basketball tournament.

November 17, 2021 – The expansion of the women’s tournament bracket is approved. Sixty-eight teams will participate in the 2022 championship, up from 64.