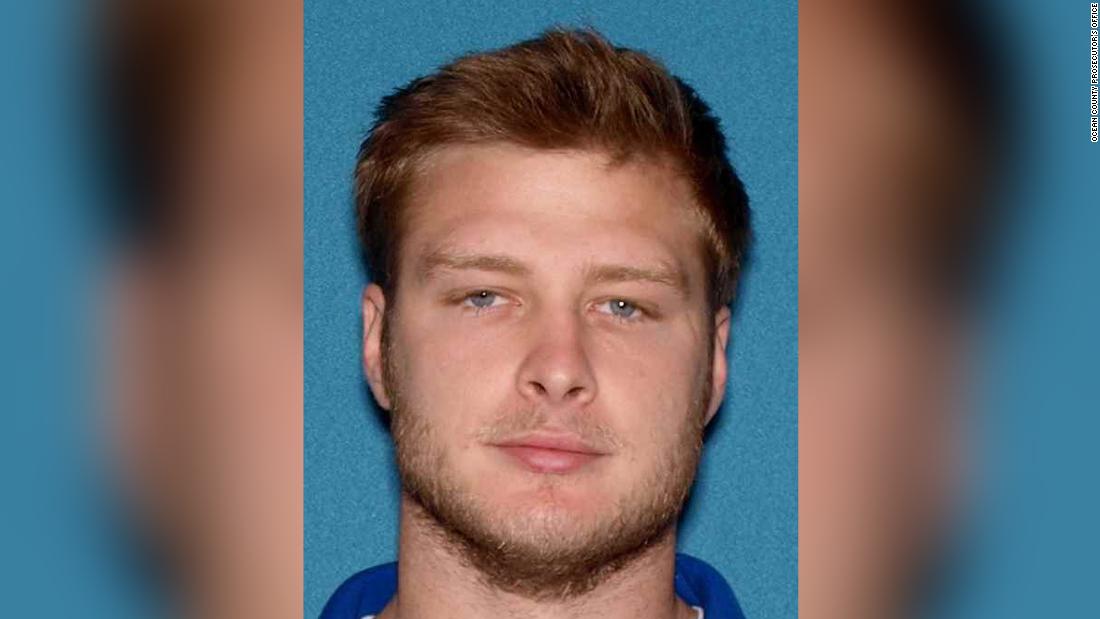 Christopher Gregor, 29, is also charged with endangering the welfare of a child, according to a news release from Ocean County Prosecutor Bradley D. Billhimer and Barnegat Township Police Chief Keith A. Germain.
Gregor is being held without bail, according to the county inmate locator. Gregor’s attorney, Mario Gallucci, maintains his client “had nothing to do with the death of this child.”

Gregor took his son to the hospital on April 2, 2021, after the boy was showing symptoms of nausea and shortness of breath. The son, whose name was withheld from the probable cause affidavit and a police statement, began having seizures and was pronounced dead the same day, the affidavit said.

The Ocean County Medical Examiner’s Office conducted a post-mortem investigation and noted several bruises and hemorrhaging of the liver.

Prosecutors asked Dr. Thomas Andrew of White Mountain Forensic to review the findings, the affidavit said, and he found the boy’s cause of death to be “blunt impact injuries of the chest and abdomen with laceration of the heart,” among other injuries. The manner of death was determined to be homicide.

Andrew also found that the child’s injuries were consistent with abuse that occurred over time, finding evidence of chronic abuse, the affidavit states.

Prosecutors allege Gregor weighed his son frequently and made him work out to lose weight. Documents state that the boy told his mother Gregor “made him run on the treadmill because he is fat.”

“The decedent appears to struggle to gain footing, while Gregor appears to be biting on the top of the decedent’s head,” according to the document.

The 6-year-old’s mother and grandmother both feared Gregor was abusing the boy, according to the affidavit. His mother took him to a pediatrician and to a hospital the day before he died because of bruising on his body, the affidavit explains.

Both the mother and grandmother reported the alleged abuse to New Jersey’s Department of Child Protection and Permanency (DCP&P) on numerous occasions, according to the affidavit.

CNN reached out to DCP&P for comment Wednesday evening.

Other instances of alleged abuse against the child were detailed in the affidavit.

The child’s grandmother told police Gregor kept her grandson overnight against her will, and when he returned in the morning he had “blood on his shirt and mouth.” Separately, a past partner of Gregor told police that she observed Gregor throwing the child off a boat after getting angry while crabbing, later claiming he was just “rough housing,” according to the affidavit.

Anyone worried about the possibility of abuse or neglect can contact the national child abuse hotline: 1-800-422-4453 or childhelphotline.org. Crisis counselors answer calls 24/7 and provide crisis intervention, information and referrals.