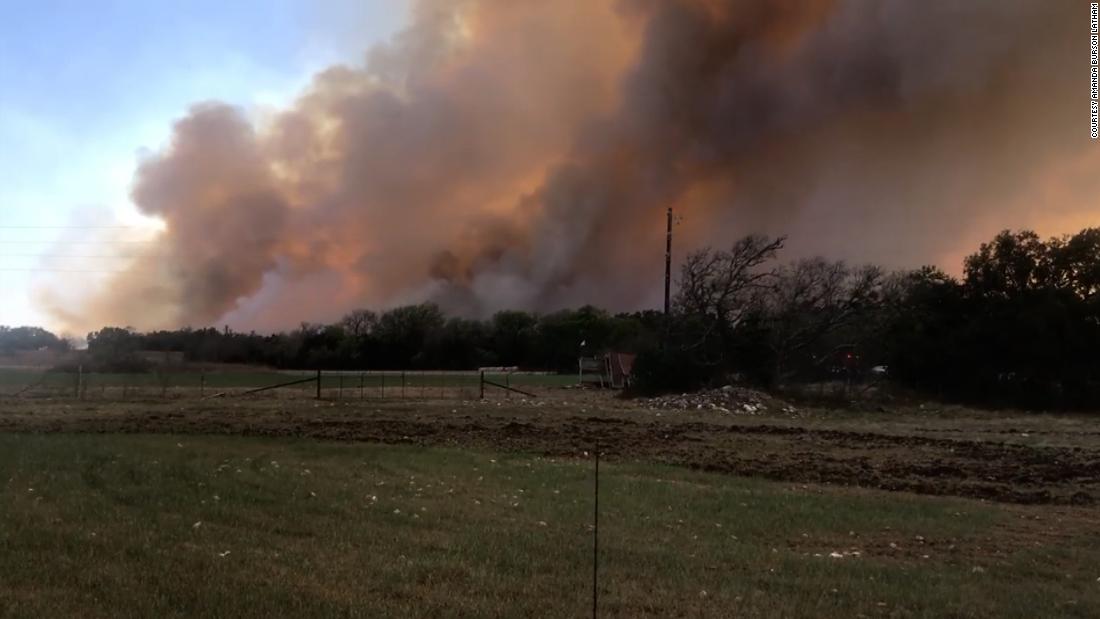 The Crittenburg Complex Fire in Coryell County, about 120 miles south of Fort Worth, is made up of three fires that have burned together. It was 45% contained by Monday afternoon, the agency said in a tweet.
Fort Hood, a US Army post, said while extreme conditions continue, the fire currently poses no danger to any homes, structures or infrastructures. “No firefighters have been injured. Fire crews continue to cut fire breaks around the fire to minimize the fire’s ability to spread.”
The state has been beleaguered by wildfires in the past few weeks. This month, 726 wildfires — 121 in the past seven days — have burned through 164,257 acres across the state, the forest service said in a news release Monday.

“Critically dry vegetation” is fueling the fires amid drought conditions, the agency said. Weather conditions could worsen the situation.

By Tuesday, according to the release, the potential for large wildfires will escalate as “critical fire weather” is expected to develop over a large area of the state west of the I-35 corridor.

“All indicators point to small arms fire and some mortars that may have caused the fire on the installation,” he said.

It’s unusual for small arms to start fires, which generally are caused by bigger guns or tanks or artillery systems, Foster said, but “extreme drought conditions” led to “something that normally we probably wouldn’t have thought.”

Amanda Burson Latham was helping a friend move farm equipment Sunday near Fort Hood and came across the Crittenburg Complex fire, she said.

“The flames were 30-40 feet high and there was a mixture of black and rust colored smoke that covered the sun,” making everything an “eerie color,” Latham said.

“You could feel the heat of off it and hear the trees breaking and cracking and the fire roaring,” Latham said.

The Eastland Complex, a combination of seven fires, has burned more than 54,000 acres and is 90% contained, according to the interagency website Inciweb.