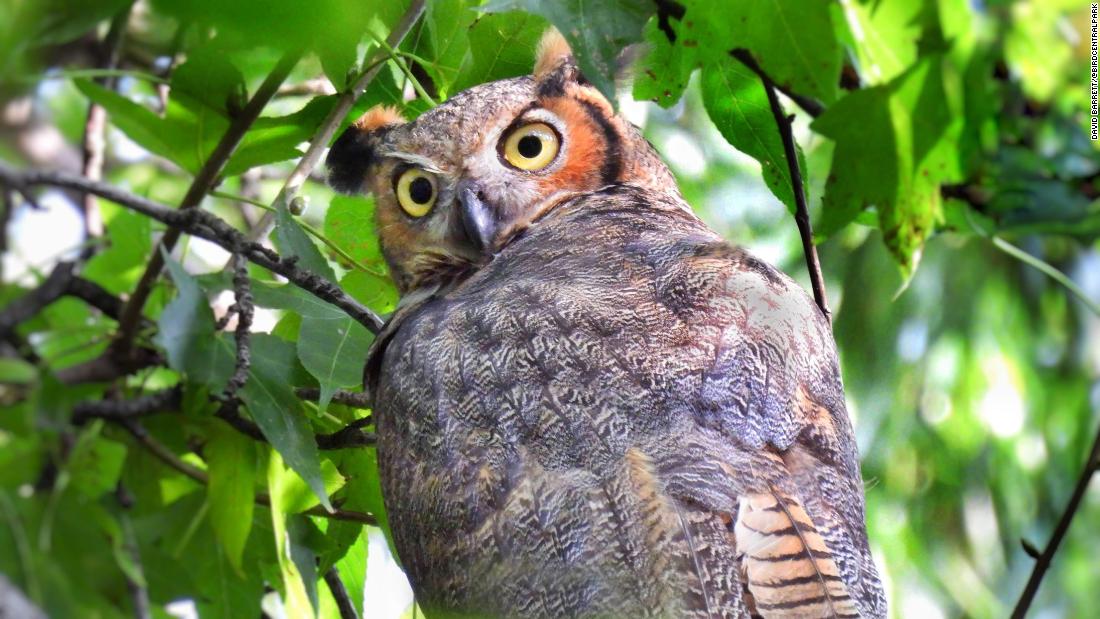 New York is one of the most densely populated metropolitan areas in the country, but it’s also the home to 30,000 acres of parkland — 14% of the city — teeming with wildlife, everything from skunks and deer, dolphins and seals off Staten Island, even Coyotes living in the wooded areas of Central Park.

New York City’s branch of the Audubon Society tracks the number of birds and species seen in different areas of the five boroughs for their annual Christmas Bird Count. In 2015, they logged 4,264 birds of 55 different species in Central Park. Five years later in 2020, Central Park’s numbers increased by nearly 50% to 6,357 birds of 59 different species.

“What thrills me today is not only the increase in the diversity and abundance of wildlife in the big apple, but the public’s reaction to and enthusiasm for their urban wild neighbors,” Sarah Aucoin, New York City Department of Parks and Recreation’s chief of wildlife and education said in an email.

The upsurge in wildlife is a byproduct of extensive environmental advocacy and federal legislation aimed at protecting natural habitats.

The creation of the Environmental Protection Agency in 1970 along with federal legislation, like the Clean Air Act and Clean Water Act, made huge strides for cleaning up cities like New York and controlling pollution. This paired with green initiatives to clean up New York’s green spaces like Brooklyn’s Marine Park, 530 acres of grassland and salt marsh.

Forgione remembers working in this area before it was even considered a park. Today, it’s teeming with bird-watchers, families, and retirees.

“It’s really nice to see this space appreciated for what it is and not considered a wasteland or a place that can be abused.”

And the city’s parks department is happy to see New Yorkers share the excitement over the wildlife.

“Where we used to have to reassure the public that wildlife belonged in the City and could thrive here, we now spend more time answering questions about the best places to view wildlife throughout the City. This change in public perception and attitudes about urban wildlife is as much a testament to the work NYC Parks has done on behalf of wildlife as the overall increase in wildlife is. And they go hand in hand,” Sarah Aucoin continued. “Wildlife not only needs parks — the green space, the habitat, the ecosystem — to survive, they need all of us to be good neighbors.”

While the re-greening of New York was intentional, some of the species now seen were unexpected. Scientists and scholars are trying to keep track of exactly what’s living in the city’s green spaces.

Myles Davis is a graduate student at Columbia University studying New York City’s mesocarnivore distributions — or mid-sized animals that need a combination of meat, inspects, and other plant material.

“A lot of New Yorkers don’t even know what’s around,” Davis said. “I grew up in Brooklyn and I didn’t know there were raccoons around really until a few years ago.”

He’s focusing on areas of Brooklyn, Queens, and Long Island, using wildlife cameras to monitor animal activity in places like Prospect Park without disturbing them.

“Understanding the trends here can really let us know what to expect for the future as more cities become urbanized,” he said. “We can look at New York as a model for that.”

New York is cleaner and greener than it has been in centuries, but Forgione believes the work is far from over. It’s going to take the continued enthusiasm and conservation of scientists and New Yorkers together to keep up the momentum. And in a city like New York, parks are an essential outlet for wildlife and residents alike.

“This is the place where people have most of their access to nature. It really stresses how important it is to keep these places managed, our forests and our wetlands in good condition, for these people who have no other place to experience nature but in their own backyard.”