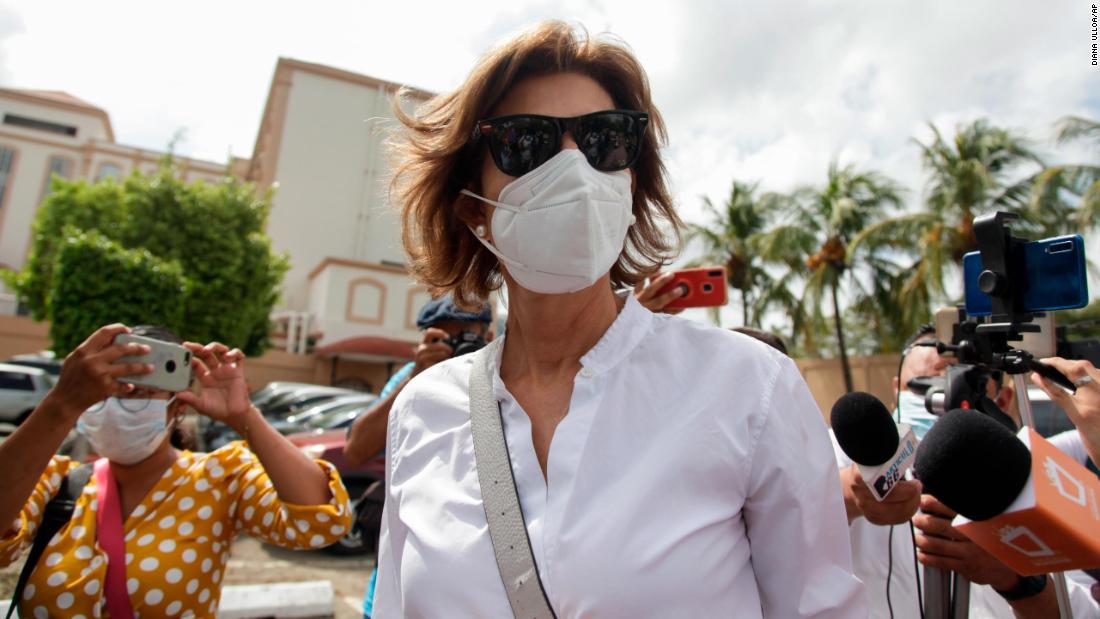 This is the latest crackdown by President Daniel Ortega’s government on opposition members.

Ortega claimed a fifth term as president last November. In June 2021, his government began using a vague national security law as justification to lock up opposition presidential candidates, opposition leaders, journalists, human rights activists and others ahead of the November election.

At least 40 opposition figures have been found guilty of conspiring to undermine national integrity and financial crimes, according to CNN Español.

Chamorro, a journalist and former director of the Violeta Barrios de Chamorro Foundation for Reconciliation and Democracy, was sentenced to eight years in prison for the crimes of money laundering and improper retention and will remain under house arrest, according to the Nicaraguan Centre for Human Rights (CENIDH). Pedro Vásquez, the journalist’s driver, was sentenced to seven years in prison for money laundering, according to CENIDH.

Violeta Barrios de Chamorro Foundation administrator Walter Gómez and accountant Marcos Fletes were each sentenced to 13 years in prison for the same crimes, in addition to abusive management and ideological falsehood, according to CENIDH.

The government also sentenced Chamorro’s brother and former Liberal deputy Pedro Joaquin Chamorro to nine years in prison for the crimes of mismanagement and misappropriation, according to CENIDH.

The former presidential candidate, her driver Vásquez, Gómez and Fletes were also handed two fines, one of US$ 1.6 million and another of 56 million córdobas (US$1.56 million), CNN Español reported, according to CENIDH.

Roberto Lario, the official spokesperson for Nicaragua’s judicial power, told CNN he had no comment on the court cases and the Public Ministry does not publish any updates on the proceedings.

CNN’s Matt Rivers and Natalie Gallon contributed to this report.