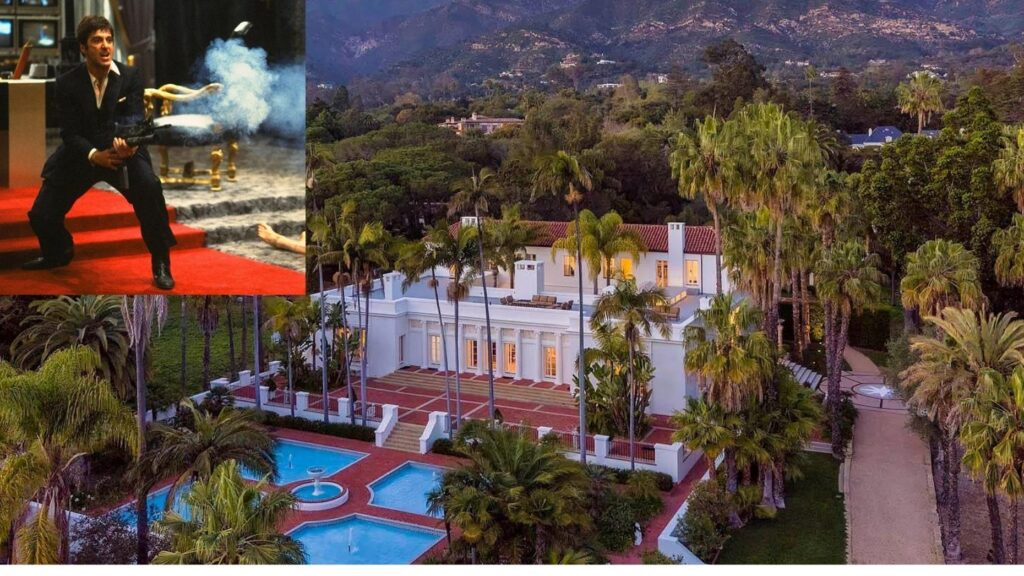 The mansion made famous by the Al Pacino film Scarface is back on the market for $39.95 million.

The historic Montecito, California, estate known as “El Fureidis” is listed for sale by a holdings company controlled by the Houston businessman Pradeep Yohane Gupta, who purchased the Mediterranean revival estate in 2015 for just $12.5 million — a significant drop from its original $35 million asking price at the time, according to The Wall Street Journal

Gupta nabbed the estate from Russian oligarch Sergey Grishin, who purchased it in 2008 for $20 million before ultimately selling it at a significant loss.

Reports from 2015 indicated the mansion was a tough sell, as the listing price was slashed several times to nearly a third of its original ask. It seems its role as Tony Montana’s house in the 1983 film did little to move the needle until its price came down.

Gupta told the Journal he recognizes the deal he got on the property in 2015, and believes an upswing in the Montecito market in recent years will bring a buyer at the higher price point.

“It’s a completely different world,” he told the newspaper.

The Southern California town is home to celebrities including Ellen Degeneres, Rob Lowe, and Prince Harry and Meghan Markle. Google’s chief executive Eric Schmidt recently purchased a $30 million home in the area, according to the Journal.

The roughly 10,000-square-foot, four-bedroom house was designed in the early 20th century by architect Bertram Goodhue with both Roman and Middle Eastern influences including a barrel dome ceiling in the dining room and a Byzantine-style conversation room. The grounds — where the wedding scene in Scarface was filmed — feature 10 acres with Persian water gardens and a wide range of tree species.

While interior scenes — including the infamous final gunfight —  were filmed on soundstages, the exterior of the mansion was used for establishing shots. While the film takes place in Miami, much of it was shot in California due to the Miami Tourism Board denying requests to film there for fear the movie would deter tourists with its portrayal of Miami as a hotbed of drug violence.

The listing is held by Dina Landi of Riskin Partners Real Estate Group.