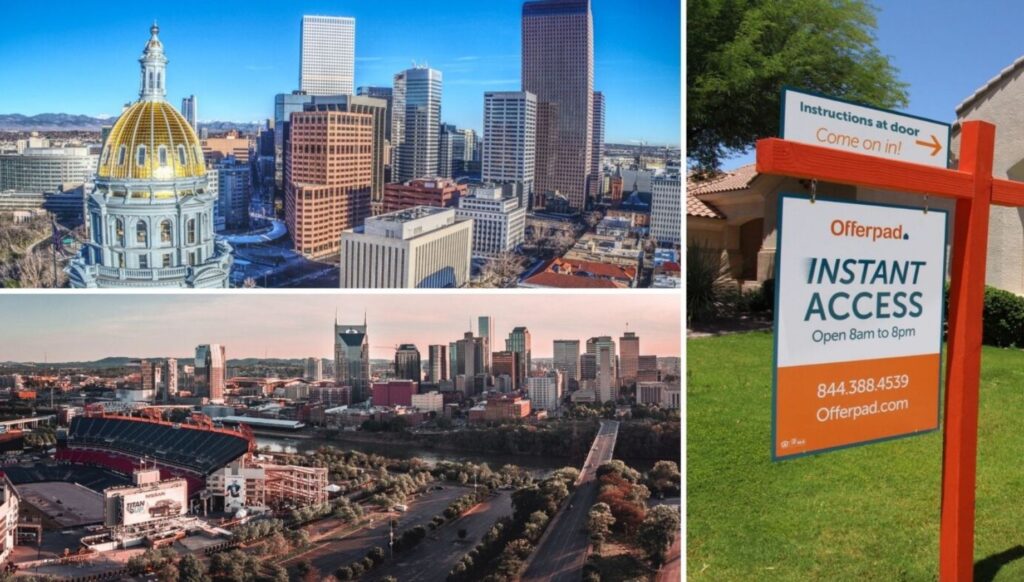 The iBuyer’s newest market comes just two weeks after its first launch in the Golden State, where it is avoiding costlier coastal cities.

Two weeks after its arrival in California, Offerpad is expanding its reach by bringing its iBuying services to Sacramento and 50 surrounding cities and towns, the company announced this week.

The nation’s lone large-scale instant buyer turning a profit will target homes up to $1.3 million as it stays off the coast, where the median home price often approaches Offerpad’s price ceiling of the same number. Home prices in its first three markets in the Golden State are less than half that.

The company launched its first two markets in southern California, operating in Riverside and San Bernardino. When announcing that expansion, Offerpad said that it planned “to expand to more new markets in 2022,” including Sacramento. It didn’t say that would happen two weeks later.

“Offerpad’s goal is to eliminate a lot of the stress from buying and selling to create an all-new experience for homeowners,” Brian Bair, Offerpad’s CEO, said in a statement. “We are replacing the obstacles of traditional real estate with modern features that empower our customers.

While the company typically targets houses around the local median price point, it said it would consider homes up to $1.3 million in Sacramento.

The company announced its Sacramento market would be led by Matt McGill as general manager.

“Real estate is inherently complicated and today’s market can be especially challenging for both sellers and buyers,” McGill said in the statement. “Against unprecedented market conditions and competition, Offerpad’s new solutions in the area can really give residents an advantage.”

Offerpad was the only of the major iBuyers to post a profit in the final three months of 2021, a time when it and its major competitors — Opendoor and RedfinNow — wrangled to gain market share and become a category leader in the space.

It is on a mission to expand as the companies work to fill the void left by the demise of Zillow Offers late last year. In December, Offerpad secured more than $600 million in credit from an unnamed lender to expand its volume.

Together, the major iBuying companies bought more than 70,000 homes in the largest 38 markets, including nearly one in 10 homes sold in five markets.

Offerpad says it makes cash offers within 24 hours of a request, and provides the advantage of not having to clean, make repairs and take other steps to get a home “show-ready” before an open house. Sellers can also pick their closing date as needed and stay in their sold home for up to three days.

With entry into California, Offerpad now operates in over 1,700 U.S. cities and towns.

Update: This story was updated after publishing with a response from Offerpad about its price ceiling in the Sacramento market.