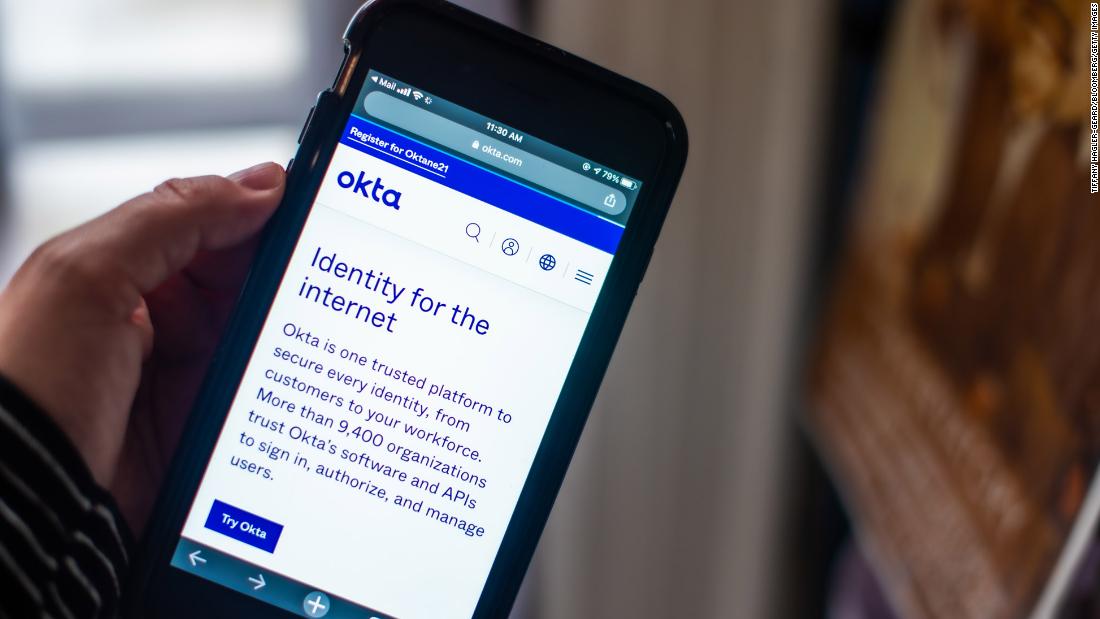 “[W]e have concluded that a small percentage of customers — approximately 2.5% — have potentially been impacted and whose data may have been viewed or acted upon,” Okta chief security officer David Bradbury said in a statement.

The breach created alarm among cybersecurity experts because of how popular the service is with big organizations and the potential access that a hacker could acquire by targeting Okta.

But, Bradbury said Tuesday that the Okta service itself hadn’t been breached, and the hackers had instead accessed an engineer’s laptop who was providing technical support to Okta.

“The potential impact to Okta customers is limited to the access that support engineers have,” Bradbury said. He added that, “support engineers are also able to facilitate the resetting of passwords and multi-factor authentication factors for users, but are unable to obtain those passwords.”