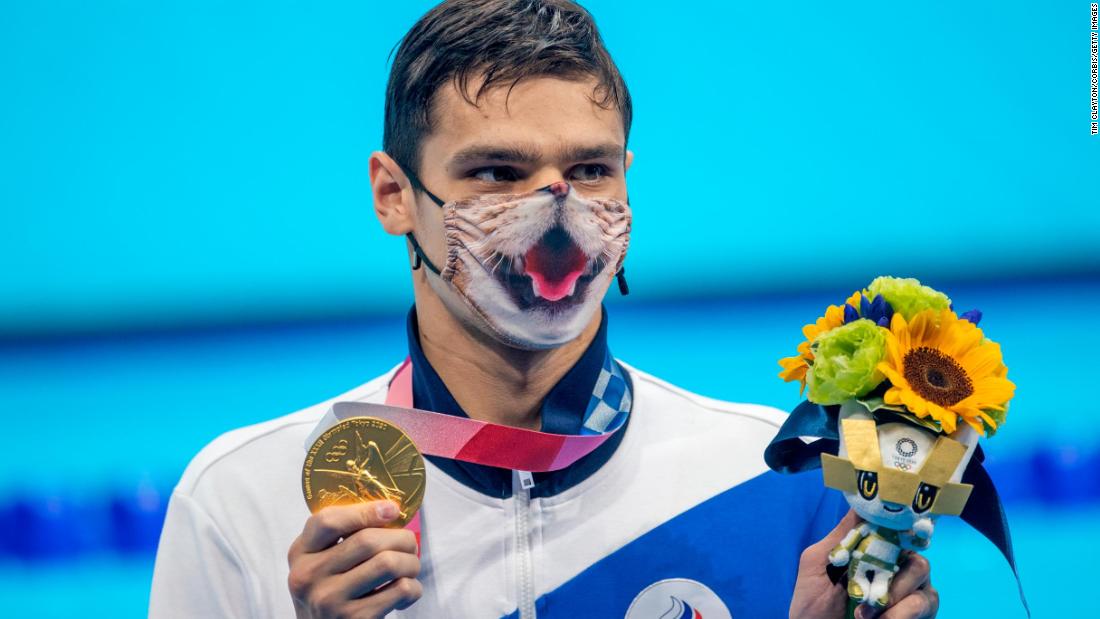 Rylov, who won gold in the 100 and 200 meter backstroke events at last year’s Tokyo Olympic Games, was among eight top Russian athletes who appeared on a stage at a rally hosted by Russian President Vladimir Putin in Moscow last Friday, according to Russian newspaper Novaya Gazeta.

The rally commemorated the eighth year of Russia’s annexation of Crimea — which is deemed illegal by the Ukrainian government and not recognized in the West.

In a statement to CNN, the International Swimming Federation (FINA) — swimming’s world governing body — said: “FINA is deeply disappointed to note the reports regarding Evgeny Rylov’s appearance at the Luzhniki Stadium during Friday’s rally. We are investigating the matter further.”

“In support of Russian Paralympians, in support of all Russian athletes who have been removed from international competitions, I refuse to go to the world championship this summer,” Rylov wrote on Instagram, accompanied by pictures of his medal ceremony in Tokyo.

“I believe that losing competition is losing the development of sport. As sad as it may sound, sport cannot move without decent competitors.”

Unlike the situation in many other sports, Rylov would have been able to compete at the world championships under current guidelines.

FINA is one of the few sports governing bodies still allowing Russian and Belarusian athletes to compete as neutrals following Russia’s invasion of Ukraine.

This is despite recommendations from the International Olympic Committee (IOC) for an outright ban. FINA’s policy, according to a press release, is to review each athlete on a “case-by-case” basis.

FINA has already announced the cancellation of this year’s World Junior Swimming Championships that were set to take place in Kazan, Russia.

This year’s world swimming championships, originally scheduled to be held in Fukuoka, Japan, will run from June 18 to July 3 in Budapest.