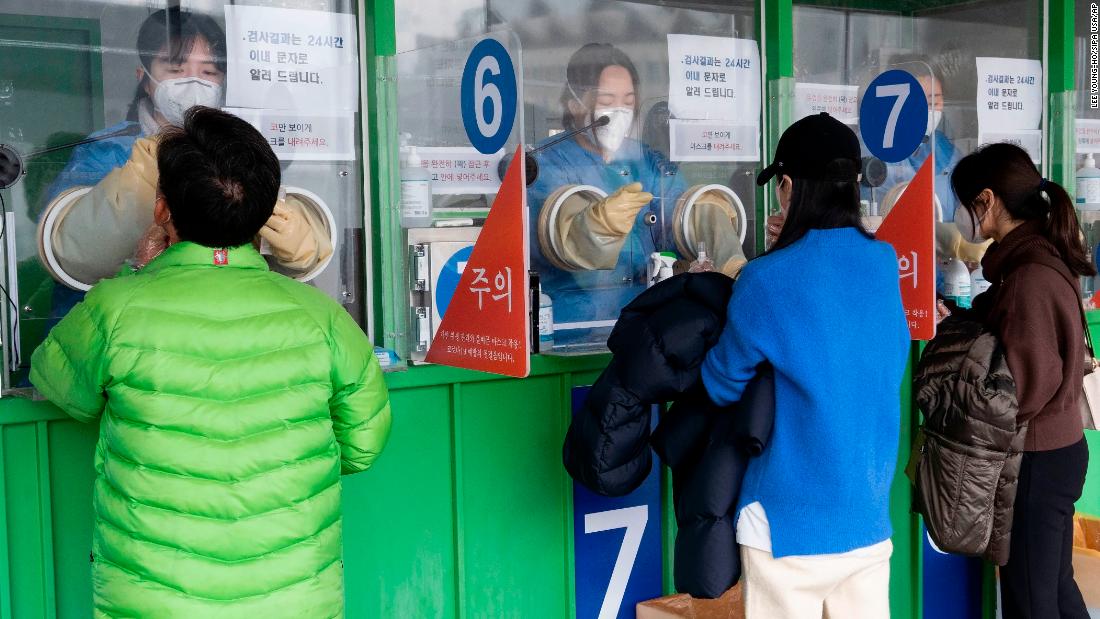 Cases began rising in February, driven by the highly transmissible Omicron variant. The country is now seeing hundreds of thousands of new cases each day — some of the highest daily averages in the world.

Authorities reported 395,598 new cases on Thursday, pushing the total caseload to 10.8 million, according to the Korea Disease Control and Prevention Agency. That makes up about 20% of the national population — meaning roughly one out of every five South Koreans have now been infected at some stage of the pandemic.

And Wednesday saw the country’s deadliest day so far, with 470 new Covid deaths — the highest daily coronavirus death toll since the virus was first detected in South Korea, according to data released Thursday.

But with almost 87% of South Korea’s 52 million residents fully vaccinated and 63% of residents having now received booster shots, the country’s infection and death rate is still far lower than many other nations.

The recent spike in deaths has seen a demand for funeral arrangements rise. The health ministry on Monday instructed crematories nationwide to operate for longer hours. It also ordered 1,136 funeral parlors capable of storing some 8,700 bodies to expand their facilities.

Authorities have already boosted the combined daily cremation capacity from about 1,000 to 1,400 per day starting last week. But a large backlog of bodies continued to be reported in the densely populated greater Seoul area, Son said.

Health ministry data showed that the 28 crematories in Seoul city were operating at 114.2% capacity as of Monday, while the ratio stood at about 83% in other regions such as Sejong and Jeju.

The number of critically ill patients has been hovering above 1,000 for the past two weeks, but it could go up to 2,000 in early April, said Park Hyang, another health ministry official.

Despite the surge, South Korea is easing its Covid-19 restrictions, and public opinion appears to support those moves.

On Monday, the cap on private gatherings was upped from six to eight people; other relaxations include scrapping the seven-day quarantine for fully vaccinated international arrivals, except for those coming from “high-risk countries” including Pakistan, Uzbekistan, Ukraine and Myanmar. The government has also stopped enforcing vaccine passes and scaled back its once-aggressive system of contact tracing and quarantine.

“We see this could be the last major crisis in our Covid responses, and if we overcome this crisis, it would bring us nearer to normal lives,” Son, the health official, said in a briefing last week.