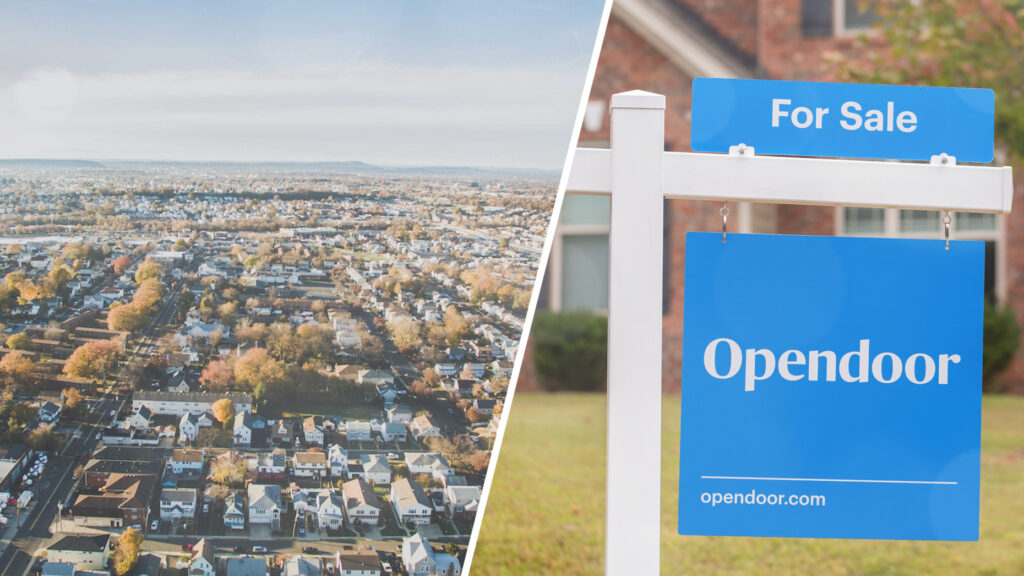 The move will see Opendoor make cash offers in 17 counties in the two Northeastern states. New York City is not included in the expansion. It also brings Opendoor’s market count to 46.

In a sign that an evolving real estate market hasn’t knocked out the iBuyer crowd, Opendoor announced Tuesday that it is expanding operations into New Jersey and parts of New York — though so far not the Big Apple itself.

The expansion will see Opendoor begin buying and selling houses in 12 counties spread across the north and central regions of New Jersey, as well as in five counties in New York’s Lower Hudson Valley and Long Island. A statement from Opendoor describes the expansion as “a major move into the Northeast” and notes that the company will now have a presence in 46 different markets across the United States.

The statement further notes that in the new markets, Opendoor’s “buy box” — or the criteria homes must meet in order for the company to buy them — will include properties costing between $300,000 and $950,000.

The move is a significant one because, as Opendoor’s own statement later notes, New Jersey and New York are both home to expensive housing markets. And in that sense, they’re akin to other regions such as San Francisco and Los Angeles, which Opendoor entered in February and in 2019, respectively. Moving into such cities has required Opendoor — as well as other iBuyers such as Redfin and Offerpad — to adapt their practice by, among other things, being willing to buy more expensive homes.

On the other hand, as a concept iBuying has historically concentrated in much more affordable Sunbelt cities in states such as Arizona and Texas. Those regions have large numbers of relatively new, relatively similar homes, which are easier to value and renovate.

Despite the expansion into New York and New Jersey, it’s also significant that Opendoor has not moved into the densest parts of the region, such as Manhattan. This parallels what is happening in other expensive markets, such as Los Angeles, where a review this week of Opendoor’s listings indicated the company is most active in inland suburban areas, rather than on the pricier and more famous coast. All of this suggests that while the cash-offer business is growing, dense urban areas — which often feature atypical properties such as co-ops and apartments — are still a hard nut to crack.

Difficulty notwithstanding, Tuesday’s expansion news is also significant because it reflects a bullish position from the company at a time when its largest rival has bowed out, and when inventory is low and interest rates are rising.

In any case, Opendoor’s statement notes that it was able to expand into New York and New Jersey thanks to years of technology development, and as a result of growing operational capacity. The company also said in its statement that both states have an “unmet need for a digital, seamless real estate process.”

“While this isn’t our first foray up the East Coast[…],” the statement added, “we are thrilled to partner with sellers in two states that have fierce loyalty to their roots and strong opinions.”