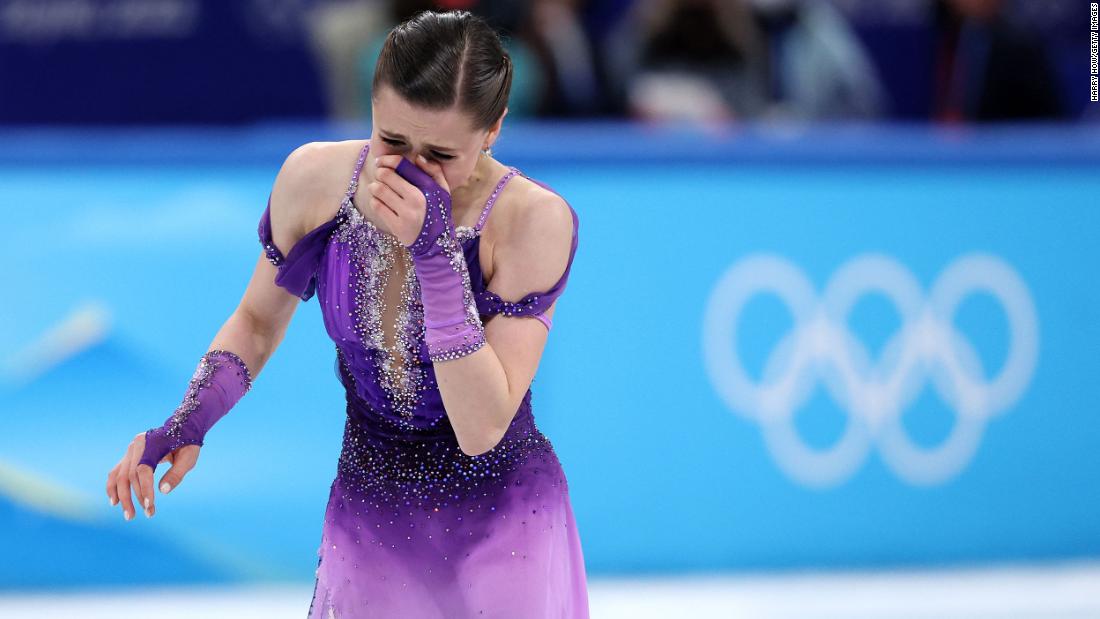 The expansion of this field is just one of the concessions the International Olympic Committee (IOC) is making to complete a competition with a Russian athlete who tested positive for a banned drug in the mix while the whole world is watching.
The IOC and International Skating Union (the sport’s governing body) expanded the roster after the Court of Arbitration for Sport (CAS) cleared 15-year-old Valieva for competition despite her positive test at an event in Russia in December. In its decision, which is particular to factors unique to Valieva’s case but may or may not set a precedent for the future, CAS cited Valieva’s age, which makes her a “protected person,” as well as what the body described as “very limited facts” — including the “serious issues of untimely notification” that prevented Valieva from putting together any kind of defense. They also expressed concern about causing the skater “irreparable harm” if she were not made eligible.

Yet while there might be limited facts about Valieva’s positive test, there is plenty to go on regarding Russian athletes and doping. Unlike track and field, where one false start ends an athlete’s time on the starting line, over and over again we see Russian athletes in play despite the extensive documentation of the country’s systemic cheating in global sport.

With Russia, a late-in-the-game positive test deserves more scrutiny than CAS seems to have given it in this case. Russia is out of excuses. No matter whether it was her grandfather’s heart medication, not hers, as one source claimed, or a contaminated test, as another argued, or a drug that won’t have much impact on her performance, as Russian journalist Vasily Konova posted on social media. Russia was out of excuses before this Olympics even began.
When dealing with a known cheating entity in sports, there is no more room for explanations. Russia is doing its level best, it seems, to be, as Buffy the Vampire Slayer might say, the Big Bad, a villain that keeps coming back for more no matter how forces of good try to squash it. Between Russia’s geopolitical aggression and its obvious scorn for the sanctions imposed upon it (even now in Beijing, its athletes cannot compete under their country’s flag, a penalty imposed because of previous doping infractions), the country has been persistent in its ability flout the world’s concerns while playing the to be an Olympic spoiler.
While CAS might see the facts of this case as “limited,” there is a lot, actually, that we know about the Russian sports machine and its extensive systemic doping regimens. The World Anti-Doping Agency (WADA)’s four-year ban on Russia, issued in 2019 after a whistleblower’s claims in 2016 found at least 15 medalists in Sochi were not, in a word, clean, has had few, if any, teeth. While WADA mandated that no athlete would be allowed to represent Russia at the Olympics, Paralympics or any World Championship for four years, CAS watered it down it to two years, set to expire in December 2022.
Let’s be clear: since WADA imposed the ban, there have been Russians competing at every turn on the Olympic stage. After the IOC suspended Russia, several Russian athletes who claimed to work outside of the corrupt system successfully appealed to CAS to compete. In 2018, they marched into the Opening Ceremony as the Olympic Athletes from Russia, or OAR. Two of those athletes failed drug tests, including a bronze medalist in curling. In Beijing, they are the athletes of the Russian Olympic Committee, ROC, this time flouting rules that dictate that the Russian flag, anthem, and government leaders are not allowed, marching into Opening Ceremony with Putin in attendance, the Russian flag emblazoned on their sleeves.
That the athlete at the center of this, the one who CAS is looking to protect, is young and female is not an accident. The Russian skating engine, with the controversial and seemingly despotic Eteri Tutberidze at its center, coaches young female figure skaters to jump like no one has before, break their own records and then quickly step aside, disposable, so the next athlete can come off the bench. Numerous media outlets, including The Washington Post and Wall Street Journal recently, have reported on concerns about Tutberidze’s methods.

According to the Post, she has described her athletes working 12 hours a day and has said, “What I try to teach my students starting at about the age of 13 is that you can’t just come to practice and start whining: ‘I am tired. I can’t do this now. Let’s do it tomorrow’ … Just look at the map and see the size of Russia — and when you’re selected and sent to an international competition, you will have a jacket. On its back it says ‘Russia.’ And if you’re supposed to be the best that Russia sent for the world to see, then you cannot just step out on the ice with a bad attitude, thinking: ‘I am tired today. I don’t feel like skating my best and representing the Russian people as they expect me to.'”

Unlike the horrors suffered by US gymnasts, who were abused behind closed doors in training facilities, the brutal physical demands imposed on Russian senior skaters whose coaches treated them as expendable has been open for many in the sport to see, not kept in the shadows.

Now, at a moment when high profile athletes from Naomi Osaka to Simone Biles have interrupted the standard go-for-broke sports model with dialogue about wellness and mental health, is a crucial time to challenge this toxic status quo.
In short, there is no protection for a so-called “protected” athlete like Valieva. She is part of a corrupt system that faces little impunity for its breach of sportsmanship, fair play and the rules as it lands historic quads and dominates medal podiums, showcasing the hypocritical world of international sport in the name of national pride in a precipitous global moment. That a 15-year-old is shouldering so much could be seen as she finished her short program, her face crumpling into tears. Her high-scoring skate — despite a bobbled landing on her triple axel — was good enough for first place over Japan’s Karoi Sakamoto. And even that was controversial to some (former Olympian Adam Rippon included) who thought Sakamoto’s showing surpassed Valieva’s.
Where and how this ends we just don’t know. The IOC, for its part, has made clear that should Valieva, the heavy favorite for gold, finish on the podium, there will be no medal ceremony, same as what went down with the team event, stating that “it would not be appropriate … as it would include an athlete who on the one hand has a positive A-sample, but whose violation of the anti-doping rules has not yet been established …”
While this decision robs other skaters — including the silver-medal-winning US squad in the team event — of the thrill of their podium moment in Beijing, the IOC promises it will hold “dignified medal ceremonies” when all is said and done.
Yet it seems as though the time for dignified anything has come and gone. Just as Sha’Carri Richardson, whose positive test last summer — marijuana — dashed her hopes for a medal in Tokyo, has been vocal about what she sees as a double standard, CAS’s insistence on taking care of Valieva as a “protected person” rings hollow as she is returned to the coaches and support staff, including team doctors, who ostensibly, in the best-case scenario, gave an unknowing teen a drug to boost her stamina.

Russia gets to have it all ways. Its ban involved state-sponsored doping. Valieva’s reprieve is largely based on her age, and the assumption that if guilty, she is a victim of — wait for it — state-sponsored doping. No matter how many points she scores, no matter how many quads she lands, no matter what kind of a historic skater she is — and yes, let’s be clear, she is a once-in-a-generation skater — the only thing that is certain is that there will be no winners, no one protected, in women’s figure skating in Beijing.