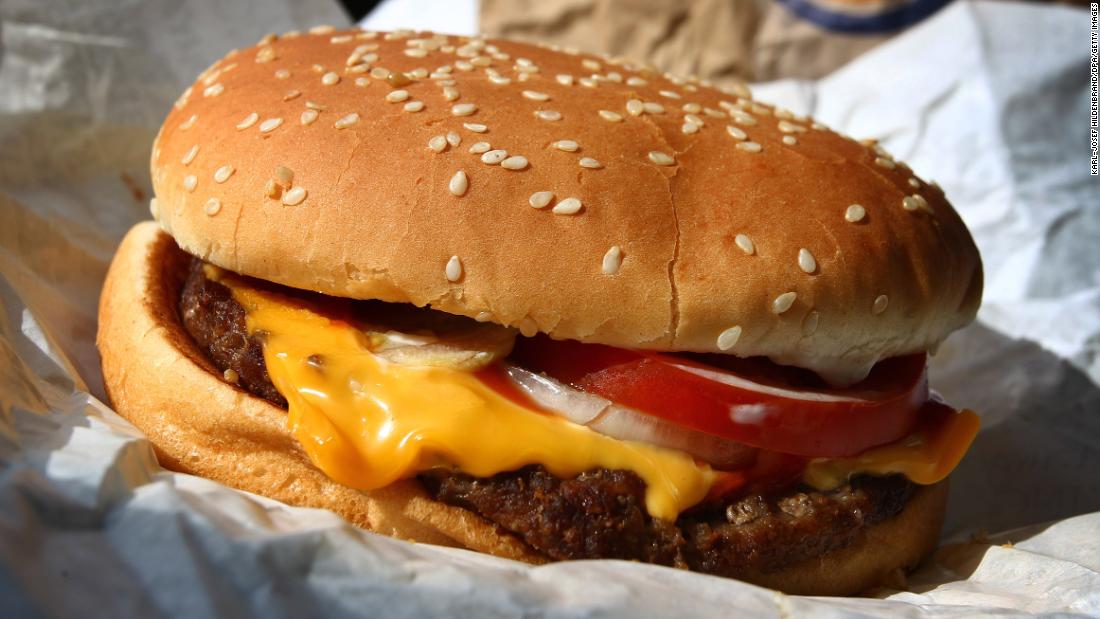 Despite that progress, today, there is another chemical threat that experts have increasingly sounded the alarm about in recent years: the widespread use of PFAS, short for per-and polyfluoroalkyl substances.

For those of us without chemistry degrees, PFAS (pronounced pea-fahs), were invented in the 1930s and initially used in non-stick pans. These chemicals, which are used to increase resistance to grease, oil, water and heat, now show up in everything from cosmetics to waterproof clothing and stain-resistant rugs.
Last week, a new study from Consumer Reports found high levels of PFAS in food packaging from fast-food chains, restaurants and grocery stores including Burger King, Chik-fil-A and Stop & Shop.
Companies, in an attempt to prevent grease or liquids from seeping into the bags that hold your fries or the bowl you eat your salads out of, frequently turn to materials that contain PFAS in higher levels than our experts support. This is all the more alarming considering the uptick in takeout orders during the pandemic.

While your food might not start out with PFAS in it (although that is certainly a possibility too), these chemicals can migrate from the wrapper into your burger or your fries. That’s not exactly the special sauce any of us were hoping for.

Since PFAS, also known as “forever chemicals,” don’t break down, they are everywhere. PFAS can be found in 97% of Americans’ blood, according to one report by the Centers for Disease Control and Prevention’s National Health and Nutrition Examination Survey. And some studies suggest that water supplies for more than 200 million people in the United States are likely contaminated with PFAS. My colleagues at CR recently conducted a test that found even bottled water can contain PFAS levels that exceed expert recommendations.
What’s more, when products with PFAS are thrown away, the chemicals can seep into water and soil (or even end up in the air if incinerated). Worst of all, they’re connected to very serious health concerns, from cancer to cholesterol levels.
Given this threat to people’s health, we need to sound the alarm, demand a course correct and press for change to pressure companies and the federal government to curb these dangerous substances.
We know from testing that companies can reduce their PFAS levels — many are just choosing not to. After Burger King and Chick-fil-A learned CR would be publishing our new study, they publicly committed to phasing out the use of these chemicals in their food packaging. Nathan’s Famous followed suit, saying it would reduce the use of PFAS with a new package design to be released at the end of the year, while a spokesperson for Stop & Shop told CNN that a specific brand of bamboo paper plates found to have PFAS would be removed from all store locations. More companies need to follow their lead and commit to being part of the solution, not the problem.
We also need government leaders to establish strong limits on these chemicals, especially when it comes to our food and water. Last year, the US House of Representatives passed legislation that would require the EPA to establish PFAS limits in drinking water, declare them hazardous substances and regulate its discharge into waterways. The bill is sitting in the Senate, which should act quickly to pass it.
Lawmakers can also draft common sense laws banning the intentional use of PFAS in food packaging and other products, while Congress can pass President Biden’s 2023 budget proposal, which includes approximately $126 million to combat PFAS contamination and better understand its impact.

There are plenty of other threats to our health, well being and safety that are not so easy to test in the lab. In the case of PFAS, we have clear data and evidence of something we know is damaging.

In “Silent Spring,” Carson describes the 1960s as “an era dominated by industry, in which the right to make a dollar at whatever cost is seldom challenged.” Six decades later, that damning assessment still holds true. Consumers should not simply accept the status quo and leave their health at the mercy of corporations looking to increase profit margins.

As with the deadly pesticides of Carson’s time, we must come together to end the threat of “forever chemicals” today. It is time to stand up and demand corporate and government leaders to do more to prioritize the safety of people before profits.