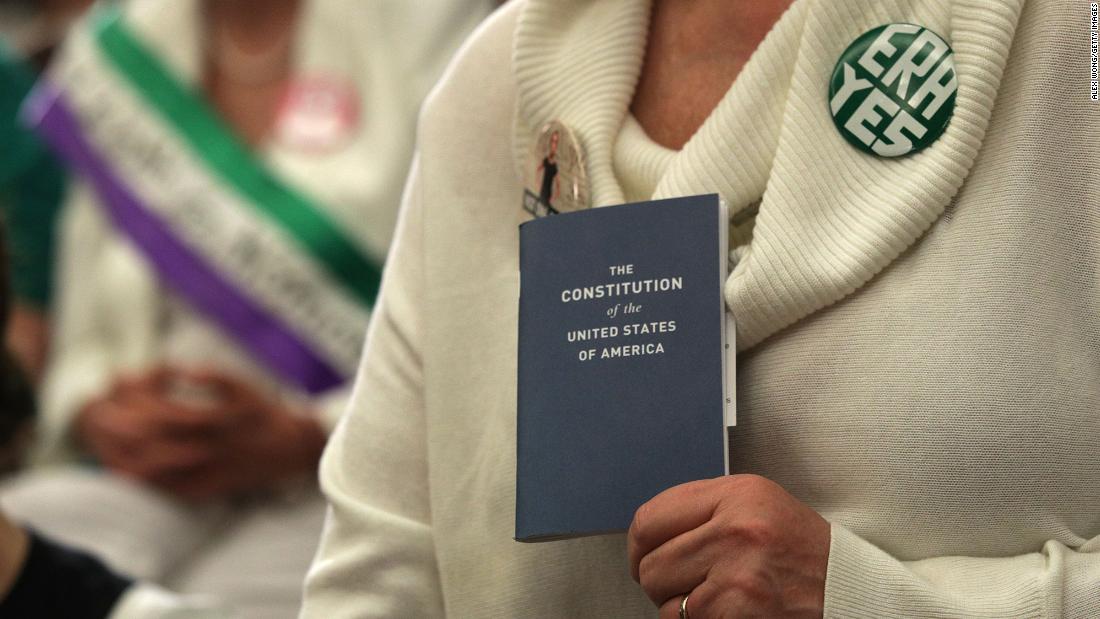 We intend to change that to ensure that “Equality of rights under the law shall not be denied or abridged by the United States or by any state on account of sex.”

We represent Alaska and Maryland, states with vastly different constituencies and geographies, but we are working together to advance equality for all Americans because legal inequities continue to persist between men and women.

Written and proposed by Alice Paul and Crystal Eastman, the Equal Rights Amendment (ERA) was first introduced in Congress 1923 by Republican Senator Charles Curtis and Republican Congressman Daniel Anthony, nephew of Susan B. Anthony. The measure fell short.
In 1972, after the women’s movement took hold, an updated version was introduced, passed by Congress and sent to the states for ratification in March of that year. The resolution putting forth the ERA included an arbitrary seven-year deadline for the states to ratify. Congress later extended that deadline by three years to 1982. Thirty-five states ratified the amendment by this time. Three more states have since: Nevada in 2017, Illinois in 2018 and Virginia in 2020, which became the 38th state to ratify.
Thirty-eight is three-fourths of the states and the constitutional threshold set for amendments, yet the ERA still is not part of the Constitution because of that extraneous deadline set back in 1972. Article 5 of the Constitution contains no time limit for ratification of amendments and the ERA itself contains no timeline. Congress has changed the deadline once before and now should eliminate it for good.
Most Americans think we already guarantee equal rights in the Constitution, but we don’t. Despite significant gains in the courts to apply the 14th amendment’s equal protection clause to discrimination on the basis of sex, anchoring this principle in our Constitution remains unfinished work.
What we have now is a patchwork of laws that vary state by state. While nearly half of US states, including Alaska and Maryland, have a version of the ERA written into their constitutions, women in our country will not have equal protection under federal law until the ERA is ratified at the federal level.

Over the last two years, we witnessed significant impacts to women’s economic participation and prosperity.

At the height of the pandemic, millions of women left their jobs in order to care for family members or saw their jobs disappear. The US Bureau of Labor Statistics estimates as many as 2.6 million women left the workforce during the pandemic with about 1 million yet to re-enter, leaving the women’s workforce participation rate at its lowest level since 1988.
The House of Representatives passed a joint resolution last year to remove the ratification deadline for the ERA, and we are championing a resolution to do the same in the Senate. But we need our colleagues to join us to pass it.

This is not a partisan issue. Both Republicans and Democrats support the ERA today, and agree it needs to be added to the US Constitution. The majority of Americans agree women should have equal rights with men. According to a Pew survey, 78% of adults support adding the ERA to the Constitution.

The legal case is also strong. As the late Justice Antonin Scalia made clear in 2011, the Constitution does not prohibit discrimination on the basis of sex. An ERA not only prohibits sex discrimination, it also adds — as the late Supreme Court Justice Ruth Bader Ginsberg once said — “a statement of basic rights” that has been missing from our Constitution for far too long.

Women are not asking for special privileges, simply equality and to be afforded the same legal rights as men.

As America and our allies work to preserve democracy in Ukraine, we are proud to fight side-by-side on a bipartisan basis, on behalf of Americans nationwide, to finally make the ERA part of the Constitution, guaranteeing equality under the law for women.