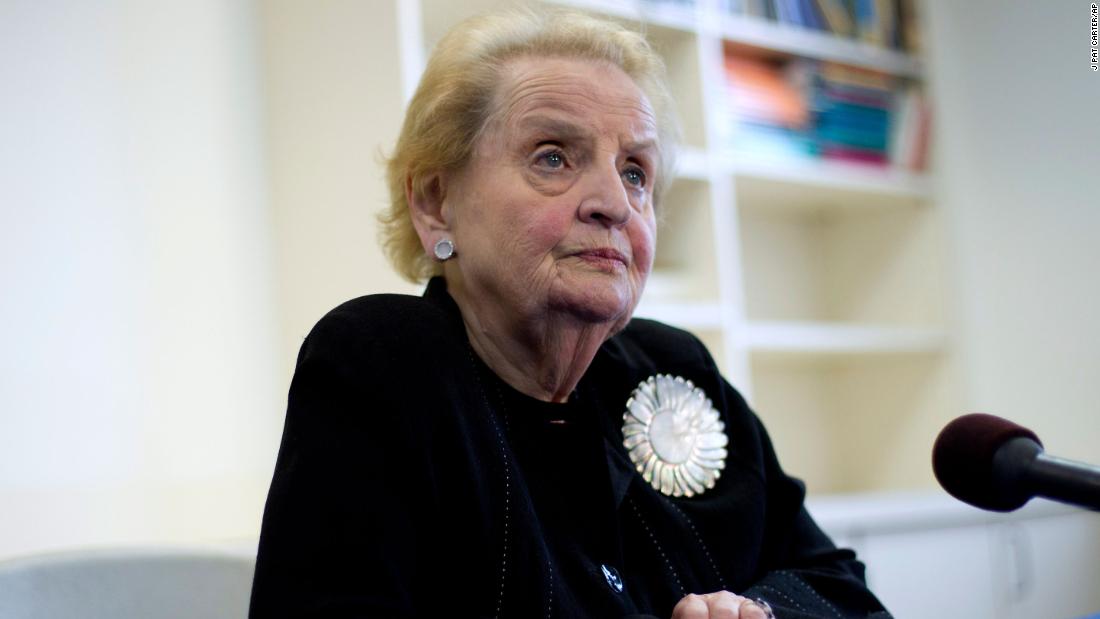 Madeleine, which is what she insisted we call her, died on Wednesday at the age of 84. She was a towering figure in international relations as the former US Ambassador to the United Nations and the first woman to serve as Secretary of State, but she always led with her humanity. That was what allowed her to succeed in the classroom and at the highest levels of diplomacy — and what helped her maintain many friendships, including the lifelong ones she made at Wellesley College in the 1950s.

Her commitment to democracy was deep and influenced all that she did in her lifetime. When she was a child, her family had to flee Czechoslovakia twice, first to escape the Nazis and then the Communists. Her experience as a refugee clearly shaped her worldview, which included an abiding love for her adopted country. As she once said, “Only in America can a refugee become the Secretary of State.”

Madeleine viewed democracy as something that had to be defended at the level of each citizen. In her interactions with young people, she conveyed that they had a responsibility — and the power — to fight for their own rights and freedoms.

It spoke volumes that her first official trip as Secretary of State was not to a foreign capital, but to Rice University in Texas, where she promised, “As Secretary, I will do my best to talk about foreign policy not in abstract terms, but in human terms — and in bipartisan terms. I consider this vital because in our democracy, we cannot pursue policies abroad that are not understood and supported here at home.”

Clearly, Madeleine’s Wellesley education was transformative for her. She graduated in 1959, and despite the limited expectations for women at that time, she said, “I learned an awful lot about myself: that I wanted to test — not simply accept — the limits and the boundaries of the life I was prepared to lead; that I wanted to give something back to this country that had given so much to me.”

She gave back, and when the Albright Institute pioneered a distinctive, interdisciplinary approach to educating women for leadership in global affairs at Wellesley, she was so generous in sharing her time and wisdom with the more than 500 young women who have been selected as fellows since the Institute was established. She returned to campus to offer each new class a wildly popular lecture that she called “Madeleine’s Diplomatic Toolbox.”

Within the toolbox, as you can imagine, there was a great deal of eternal wisdom. She helped our students to see that complex global problems can only be solved collaboratively and with an appreciation for differing perspectives. “You can lead,” she would say to them, “but you must listen.”

Madeleine listened, and she always made sure to share the credit. When people praised her for breaking the glass ceiling as Secretary of State, she often thanked another Wellesley alumna, Hillary Clinton, who would later go on to become Secretary of State herself, for advocating for her with President Bill Clinton.

Madeleine never forgot the importance of relationships, either. It was part of what made her so effective on the global stage, as she used her tremendous empathy, humor and charm to forge new connections in favor of a more democratic world.

She was also unfailing in her support for women. She mentored a generation of foreign ministers, and when they left office, continued to work with them to advance democracy and women’s rights, which are inextricably linked.

And in the days after Afghanistan fell to the Taliban, she sprung into action when I gave her an urgent, late-night call after learning that the Asian University for Women needed help getting their students in Kabul out of the country. She immediately reached out to her contacts, and eventually helped 148 young Afghan women successfully evacuate to the US. These women represent the future of Afghanistan, when it becomes a nation that ceases to be threatened by educated women and starts viewing them as a source of strength.
In 1995, she told Wellesley’s graduating class, “Each of us must choose whether to live our lives narrowly, selfishly, and complacently, or to act with courage and faith.” Madeleine always acted with courage and faith. She was an extraordinary leader and a role model without peer.
Her words about leadership also serve as useful guidance in this deeply troubled time. “Leadership is so often found in simple acts of self-expression — when, for example, we challenge a falsehood that has been advertised as truth, when we call injustice by its name, when we go out of our way to help another, or when we choose a career that is less about making money than about making a difference,” she said in her 2007 Wellesley commencement speech.

One of her lasting gifts will be the students from around the globe who will live by the wisdom they learned from Madeleine.