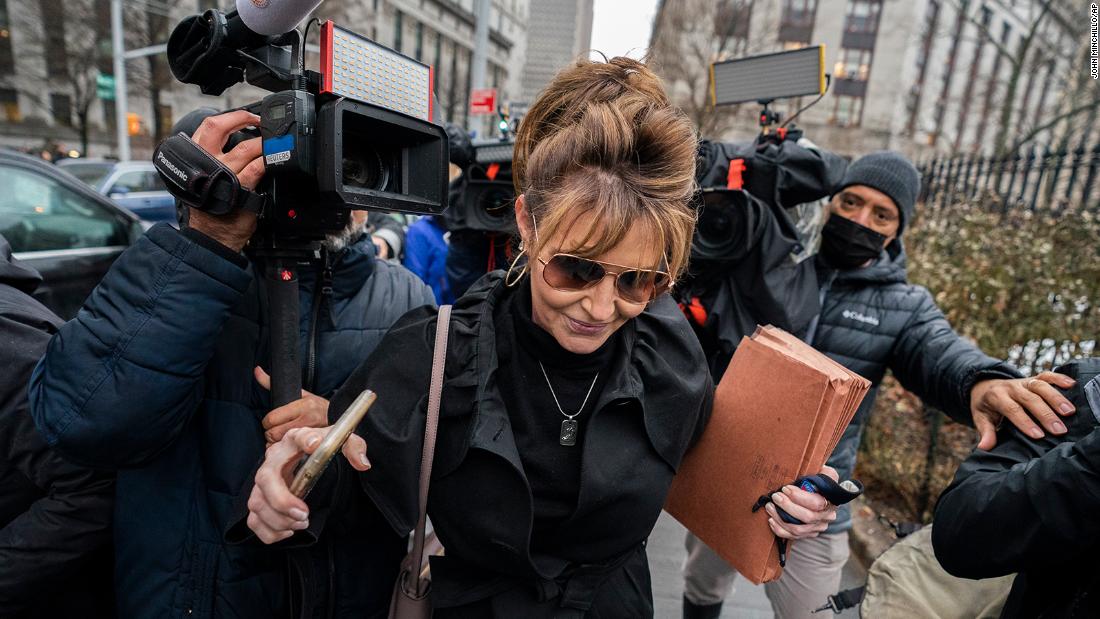 The trial is now up to the jury, made up of nine New Yorkers who are set to resume deliberations Monday morning. Palin sued the Times and its former editorial page editor James Bennet in 2017 over an editorial the paper published that erroneously linked a map from Palin’s political action committee to the 2011 shooting in Arizona that killed six and severely injured former Congresswoman Gabrielle Giffords.
Although no one can predict what the jury will decide, New York Times reporter Jeremy Peters said the legal ramifications for this case are significant.

“There is a concerted effort by mostly conservative lawyers out there — not all conservatives but mostly — to try to rein in the legal protections that New York Times v Sullivan gives the press to make these honest mistakes,” Peters said.

Peters claimed this is a legal protection conservatives would like to undo in order to force news outlets to “have to pay for these kinds of mistakes.”

“The First Amendment allows you to make mistakes,” Peters said. “News organizations who make mistakes honestly shouldn’t be litigated out of existence.”

On the stand, Palin expressed how disturbing it was for her to be linked to a shooting that killed a 9-year-old girl when her own daughter was 9-years-old at the time. But the New York Times argued that linking the map to the shooting was an honest mistake that was corrected immediately, said CNN’s Sonia Moghe, who has been reporting from the courtroom during the trial.

Moghe said that covering the trial from the perspective of a journalist has been anxiety-inducing.

“You have all of these journalists describing the worst possible scenario — making a mistake — and not only a mistake, but a mistake that accuses someone of inciting the murder of six people,” Moghe said.

Peters said that Palin is back in the public eye in a way that is “wholly fitting” with her political persona. In that sense, Stelter said, Palin wins either way.

“She waged public battles with figures like Katie Couric, The New York Times, CNN in a way that predated Trump,” Peters said.