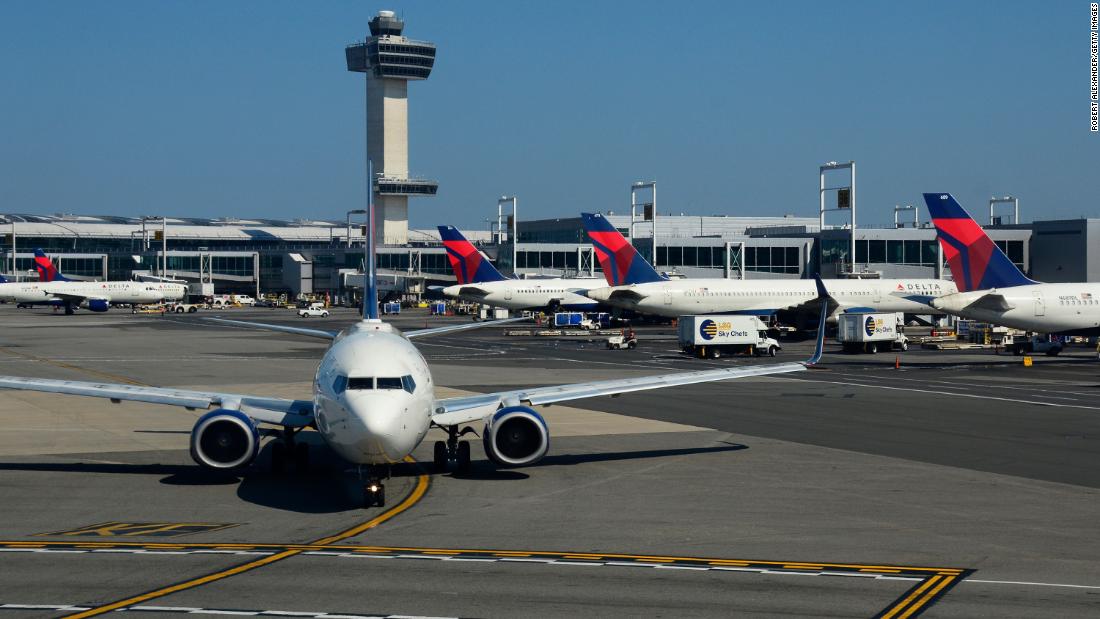 The wholesale price for NY jet fuel spiked to $7.57 a gallon on Tuesday, up from $3.63 a gallon two weeks ago, data provided by OPIS showed.

“This is the most parabolic move I’ve seen in decades, and it cannot be credited to simple supply and demand economics,” said Tom Kloza, global head of energy analysis at OPIS. “I’ve never seen anything like it.”

Kloza predicted prices will “drop like a rock” very soon, but cautioned that travelers may still see at least a near-term bump in airfares if they didn’t book ahead.

“The consumer will see an impact in fares. There’s no question about it. Or they will see airlines cut back on flights,” Kloza said.

The jet fuel spike is a reversal of fortunes after the collapse in air travel during the onset of Covid.

NY jet fuel plunged below $1 and stayed there for much of 2020, before rebounding to end last year below $2.30 a gallon, according to OPIS. Even when oil prices skyrocketed to record highs in 2008, NY jet fuel topped out at $4.36 a gallon.

Today’s prices are not only all-time records for NY jet fuel, but the highest for any transportation fuel traded in the United States in the 41-year history of OPIS, Kloza said.

The spike points to a localized supply problem because other markets for jet fuel are seeing much lower prices. Gulf Coast jet fuel, for instance, trades at $3.78 a gallon, OPIS data showed.

Analysts at S&P Global pointed to how some US refineries in recent weeks have focused on producing diesel instead of jet fuel. S&P said by the end of March, US refineries were producing ultra-low sulfur diesel at a seven-month high, while jet fuel output fell to a four-month low.

However, Kloza does not believe there is a link to the US ban on Russian oil and petroleum products, nor the de facto ban on Russian energy that has emerged since the invasion of Ukraine.

Instead, he pointed to a lack of liquidity in “broken” energy markets and a GameStop-like momentum swing.

“You’ve gone parabolic because somebody desperately needs jet fuel and the people who have it aren’t releasing it for the moment,” Kloza said, adding there is an “incredible note of desperation” among buyers.