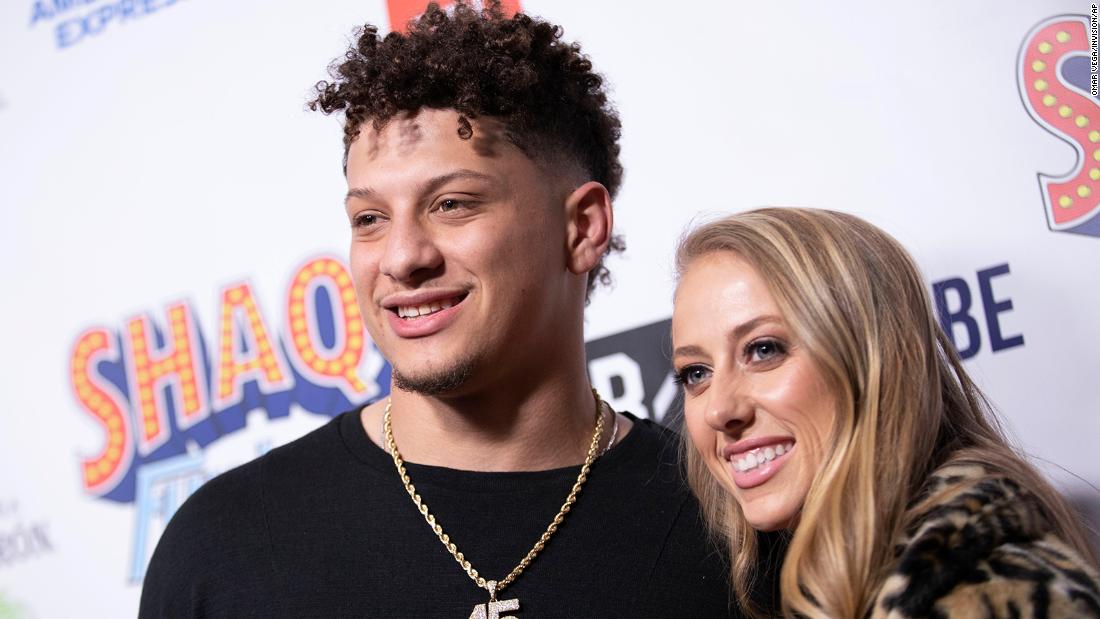 Mahomes and Matthews have been engaged since Mahomes popped the question in September 2020. They share a daughter, Sterling, who was born February 20, 2021.
The couple started dating when they were in high school in Whitehouse, Texas, according to Sports Illustrated. After they graduated, Mahomes went to play football and baseball at Texas Tech University while Matthews went to the University of Texas at Tyler to play soccer.

The Chiefs selected Mahomes in the first round of the 2017 NFL Draft, and the couple moved to Kansas City, where Matthews launched her own fitness and merchandise business.

Last year, the Chiefs signed Mahomes to a 10-year contract extension that his agent says is the most lucrative contract in sports history. Mahomes has led the Chiefs to two Super Bowl appearances, including a win over the 49ers at Super Bowl LIV.