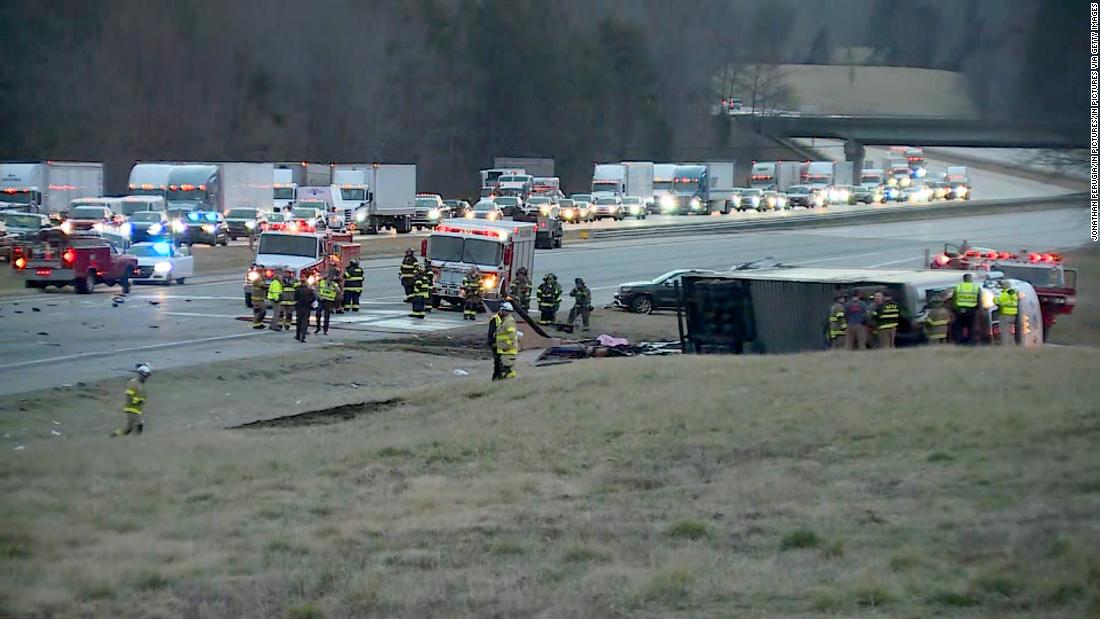 “The plane was departing and taking off from the Lexington airport when it descended due to possible mechanical issues,” said Master Trooper Ned Moultrie of the North Carolina State Highway Patrol.

Moultrie said the plane collided with the rear of a tractor-trailer that was traveling south on Interstate 85 and ignited a fire. The pilot, who was not identified, died at the scene, he said.

The tractor-trailer ran off the road and overturned, he said. The driver is being treated for non-life-threatening injuries at a hospital.

The interstate is about 300 yards from the end of the runway. The Federal Aviation Administration said the plane was a twin-engine Beechcraft Barron.

The National Transportation Safety Board said it was investigating the collision.

Lexington is about an hour’s drive northeast of downtown Charlotte, North Carolina.