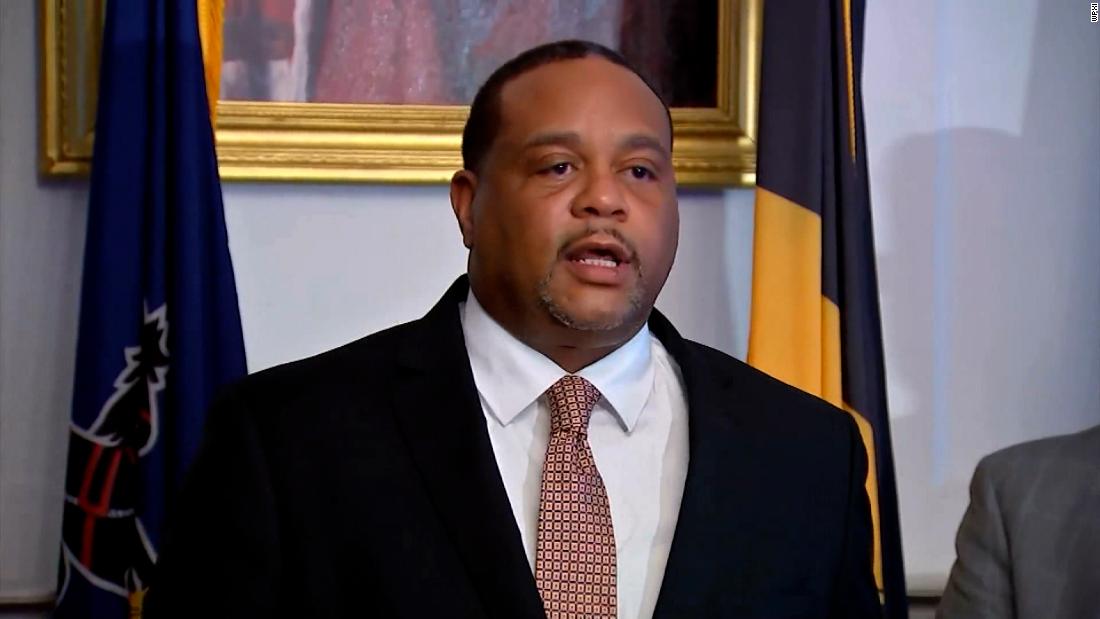 The five officers, who were not identified, have 14 days to challenge the firings in arbitration, Public Safety Director Lee Schmidt said at a news conference with Mayor Ed Gainey. The officers will have the option to retire. Three other officers will be allowed to keep their jobs but, according to CNN affiliate KDKA-TV, they will have to be retrained.
Jim Rogers, 54, was in Pittsburgh Bureau of Police custody on October 13 when an officer deployed a Taser on him, according to a public safety department statement. Rogers was later transported to Mercy Hospital, where he died the following day.
His death was ruled an accident by the medical examiner, who said it resulted from a lack of oxygen to the brain, according to CNN affiliate WTAE.

Police initially said a Taser was used because Rogers was not complying with their order, according to WTAE.

CNN has reached out to the police union for comment.

An internal review board investigation found that “a series of procedural failures contributed to this tragic outcome.”

“Mr. Rogers deserved to live … a long life,” Gainey said. “And he didn’t deserve to lose his life at the hands of police officers. What his life could have been will stay with me for as long as I am the mayor of this city.”

Eight officers, including two supervisors, were suspended with pay after the incident, CNN affiliate KDKA-TV reported.

An Allegheny County grand jury is investigating whether criminal charges could be filed against the eight officers, the station reported.

Gainey said Rogers’ death was “a stark reminder of the work we have in front of us to make our city the safest city in America.”

Gainey and Schmidt both declined to discuss details of the internal investigation into the death.

In December, after an internal Critical Incident Review Board pored over video, officers’ statements and police bureau general orders and training, the panel recommended changes in policy and procedure.

The recommendations included requiring a supervisor be present during use of force incidents “to complete a medical assessment and request appropriate personnel,” and that emergency medical services assess patients after the use of Tasers. The bureau also required that officers become “fully certified Emergency Medical Responders.”

“My hope is that today is a day when we can move one step closer to healing his family and for our city,” Gainey said Wednesday, referring to Rogers’ relatives.