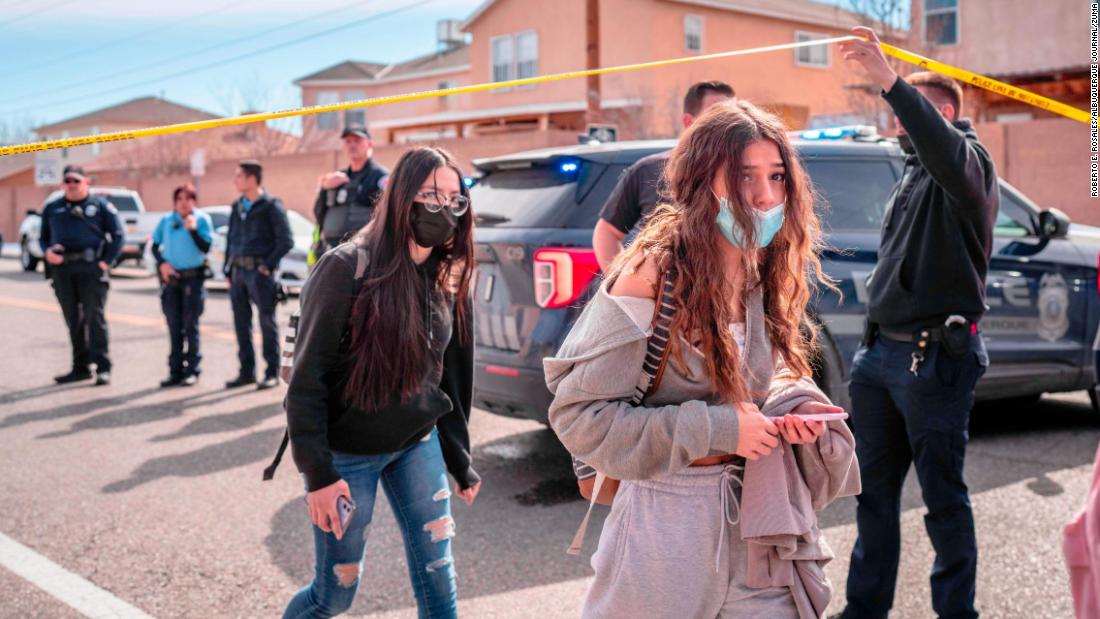 Police identified the victim as Andrew Burson, a student at West Mesa High School, which is near the scene of the shooting.

The suspect was walking with a friend near the school shortly after 8 a.m. when Andrew approached him and demanded to have his weapon returned to him, police said. Andrew accused the suspect of stealing his gun, “which was described as a ‘ghost gun’ or ‘Glock replica’ purchased over the Internet,” according to Albuquerque police.

The suspect then ran from Andrew, who chased him, police say. At that point, the suspect “produced a handgun and fired 5-6 rounds,” striking Andrew several times. He died at the scene, police said in a news release.

He has been charged with an open count of murder and tampering with evidence, according to the news release.