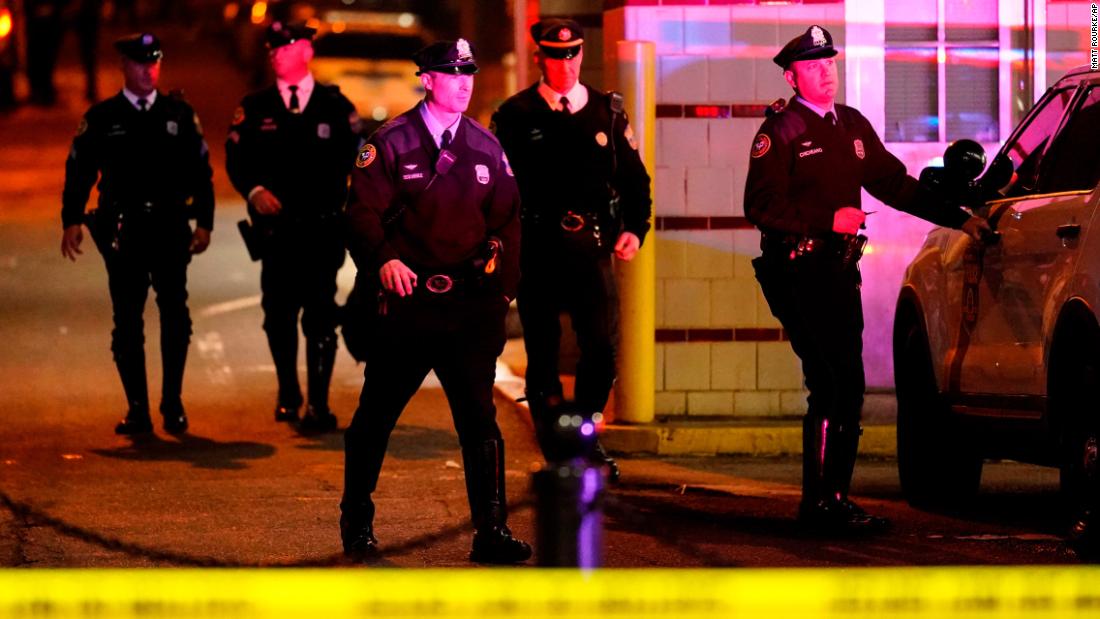 The officer, who serves with the Southeastern Pennsylvania Transportation Authority (SEPTA), is in a critical but stable condition, the Philadelphia Police Department said in a statement.

Two women, ages 57 and 42, were shot in the hips and are expected to recover from their injuries, the police statement said.

Gunshots were reported around 7 p.m., and officers chased the armed suspect into an apartment building, Philadelphia police Sgt. Eric Gripp said. Around that same time, officers received reports that the two women were shot nearby.

The officer was shot in the abdomen and taken to a hospital.

Monae Alvarado was in her apartment building across from the scene and recorded video showing the gunfire exchange.

“Me and my husband was in our apartment building across the street from where it happened. We heard a lot of commotion outside and footsteps like someone running and we looked outside and that’s when we heard gunshots,” she told CNN.

“We saw the guy shot at the cop before he ran inside the apartment building and one of them was limping and got behind the cop car that was parked in front of the building. They started to exchange gunshots from there. That’s when I took out my phone out and went live as you can see on my page. It was a chaotic scene.”

SWAT teams arrived and made a perimeter around the building, police said. They ultimately determined the gunman was dead from an apparent self-inflicted gunshot wound, the statement said.

The US has been grappling with a rise in gun violence and crime.

So far this year, there have been 11,202 firearm deaths in the US, according to the Gun Violence Archive, and 110 officers were either killed or injured. Last weekend, 13 people were killed, and more than 40 injured in shootings across the nation.