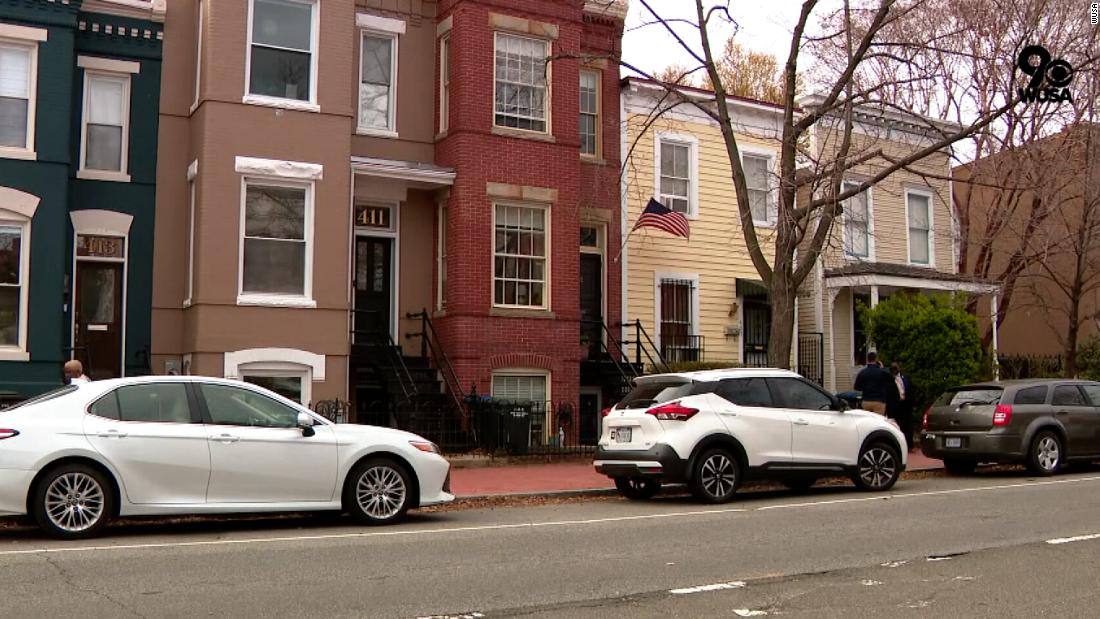 Officers were called to the home in the Capitol Hill area “to investigate a tip regarding potential bio-hazard material,” the Metro Police Department said in a statement. When they entered the home, they discovered five fetuses, police said.

DC Police have not announced any arrests in connection with the fetuses, but said the investigation is ongoing.

CNN affiliate WUSA was on the scene and reported that the home was occupied by Lauren Handy, an anti-abortion activist. CNN has not independently verified that Handy was staying in the home.

The WUSA crew saw police removing evidence in red biohazard bags and coolers. WUSA reported that Handy declined to speak to them on-camera, but told them she expected the raid to happen “sooner or later.” She wouldn’t tell WUSA what was in the coolers that were removed from the home, but said, “people would freak out when they heard.”

Police said the fetuses were collected by the DC medical examiner’s office.

Separately, Handy and eight other anti-abortion activists were indicted last week by a federal grand jury for allegedly blocking access in 2020 to a DC clinic that provides abortion services.

Handy and the other defendants “conspired” with each other to obstruct the clinic on October 22, 2020, and to threaten or intimidate patients and employees of the clinic, according to the indictment.

The defendants traveled to DC from other states and used deception and force to gain access to the clinic, according to the indictment. “The conspirators brought tools to barricade themselves inside the Clinic, including ropes and chains.”

Days before the incident, prosecutors allege Handy called the clinic and “falsely represented herself as a female named ‘Hazel Jenkins’ who needed reproductive health services, and made an appointment for 9:00 a.m.,” on October 22, according to court documents.

One member of the group, Jonathan Darnel, while outside the clinic, created an event on his Facebook account called, “No one dies today,” the indictment said.

When the clinic opened, the defendants “forcefully pushed through the Clinic door into the Clinic’s waiting room,” according to the indictment. The forceful entry allegedly caused a nurse “to stumble and sprain her ankle.”

Once inside the clinic, the defendants began blockading clinic doors and treatment areas, the indictment said.

When a patient arrived, the “conspirators blocked her from entering the Clinic’s treatment area.” The indictment said Handy stood at the doorway of the clinic’s main entrance “and blocked individuals trying to enter the waiting room.”

Prosecutors say Darnel began live-streaming on Facebook, saying, “We have people intervening physically with their bodies to prevent women from entering the clinic to murder their children.”

The defendants are each charged with one count of conspiracy against rights and one count of violating the Freedom of Access to Clinic Entrances Act.

“If convicted of the offenses, the defendants each face up to a maximum of 11 years in prison, three years of supervised release and a fine of up to $350,000,” the Justice Department said in a news release Wednesday.

The anti-abortion group “Progressive Anti-Abortion Uprising” (PAAU) lists Handy as a member of its leadership team on its website.

PAAU tweeted Wednesday, “This morning, PAAU Director of Activism Lauren Handy was arrested and is currently being detained by the FBI in connection with a rescue from two years ago in Washington D.C.”
The group tweeted again on Thursday, “We will address the claims surrounding the 5 deceased children found at Lauren Handy’s apartment at a press conference in DC. Tune in on Tuesday at 11:30am EST.”

CNN has reached out to attorneys for Handy and Darnel. There were no attorneys listed for the six other people indicted.

CNN has also reached out to PAAU.