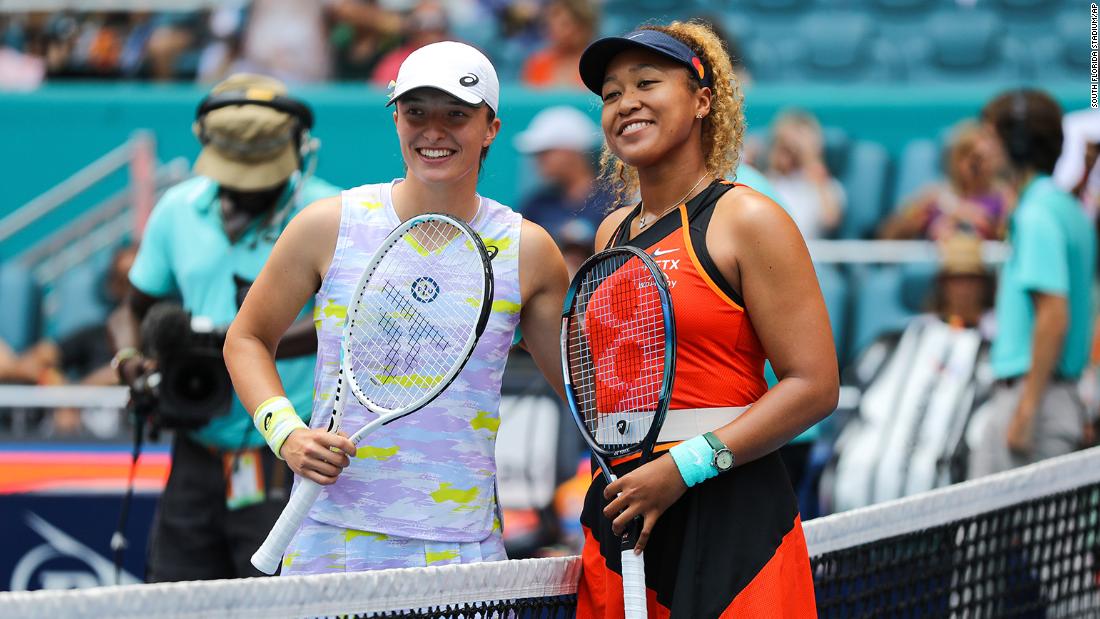 In a brief speech after her victory, Swiatek, 20, thanked her team and fans and also sent a message to Ukraine, which has been under attack by Russia for weeks: “Stay strong,” Swiatek said.
Following her recent triumph at Indian Wells and the sudden retirement of Ashleigh Barty, who held the No. 1 spot, Swiatek was already guaranteed to ascend to the top spot in the women’s rankings even before the Miami championship.

The rankings are set to be released on Monday.

Saturday’s win for Swiatek was historic — in more ways than one.

She is the fourth woman ever to win the Sunshine Double — both Indian Wells and Miami — after Victoria Azarenka last did so in 2016, and the first player to win the first three Women’s Tennis Association (WTA) 1000 tournaments in a season.

And she will be the first Polish player — man or woman — to reach the top ranking in singles tennis.

“Watching your journey is really incredible,” Osaka told Swiatek after the match. “I hope you continue having fun.”

Osaka, a four-time grand slam champion, was playing in her first final since she won the 2021 Australian Open.

In her own speech after Saturday’s match, Osaka thanked her supporters and fans, adding “I know I haven’t been in this position for a little minute.”

“I know this isn’t the outcome that you guys wanted but, I don’t know, I’m having a lot of fun up here so I hope that I can keep working hard and get more opportunities to be in a situation like this again,” she said.

Osaka also thanked her team for their ongoing support, including “after the things that happened like two weeks ago.”

“They’re kind of like the rock that stays by my side. I just thank you guys so much,” Osaka said.

At Indian Wells last month, Osaka was heckled by a spectator early in her second-round match against Veronika Kudermetova.

“Naomi, you suck,” the spectator appeared to yell out following the first game of the match, a comment that brought the tennis player to tears on the court. It is unclear if that spectator was identified and removed from the venue. Osaka ultimately lost the match in straight sets.