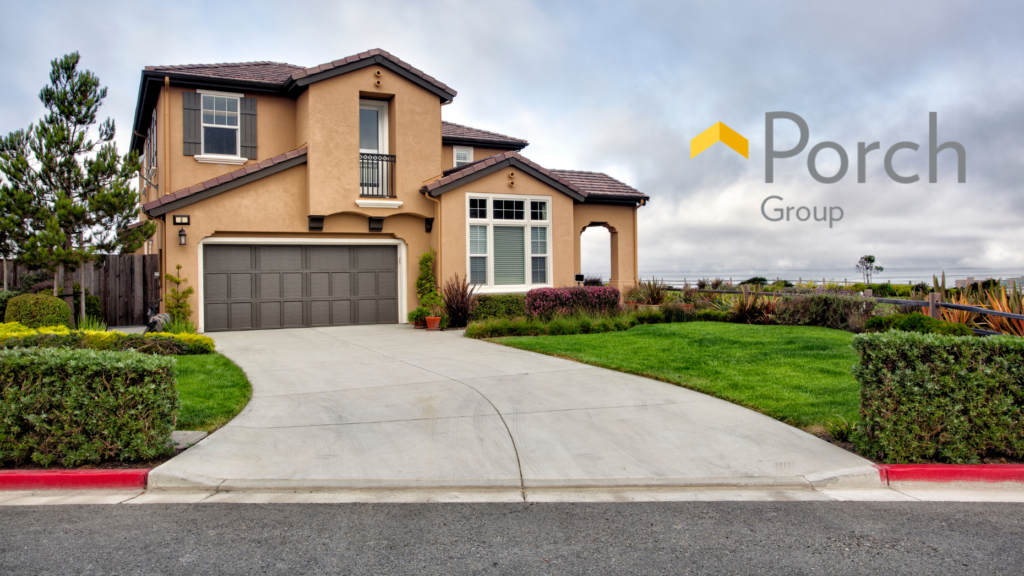 Despite overall losses, the home services marketplace’s revenue more than doubled in 2021. The company says it may be profitable this year.

In its first full year as a public company, Seattle, Washington-based home services marketplace Porch more than doubled its revenue while its losses mounted, according to earnings shared on Tuesday.

The company posted net losses of just over $109 million in 2021, with about 20 percent of that coming in the final three months of the year.

Porch officials said in a call with investors they were happy with the company’s growth and expected its rapid expansion in the coming year would help it work its way toward profitability, perhaps near the end of 2022.

“We are pleased with the growth we are seeing,” said Marty Heimbigner, the company’s chief financial officer.

Investors, too, appeared happy with the news, as Porch’s stock surged about 10 percent in after-hours trading on news of the company’s growth, and in spite of its losses.

It was a year when Porch focused on growing rapidly by acquiring brands to expand its portfolio. Porch announced it is acquiring yet another company, Residential Warranty Services, with cash and company stock.

That acquisition, for an estimated $33 million, wasn’t reflected in Tuesday’s earnings announcement and instead will be shown if the deal closes by the middle of this year.

The company is also working toward closing on its acquisition of CSE Insurance, worth $48.6 million.

The quarter marked the end of the first full year of Porch being a public company, and during a time when it expanded its focus on offering software services to clients.

During 2021, the company reported more than doubling its revenue, up 166 percent year over year. At the same time, its net losses grew amid a strategy of expanding its offerings.

Matt Ehrlichman, Porch’s founder and CEO, said the company would focus on continuing the rapid growth of selling its software to more companies, increasing its market share. He said Porch would focus on reaching more consumers and expanding its insurance offerings both geographically and with new products.

The company is working on a home app and ways to collect and store more data.

It will also focus on expanding the growing list of companies under the Porch Group portfolio.

“Looking to 2022, the business is performing extremely well,” Ehrlichman said.

In the fourth quarter, Porch acquired Floify, a leading software as a service (SaaS) provider for mortgage companies and loan officers. The company also acquired Homeowners of America, American Home Protect and Rynoh in 2021.

Ehrlichman shared data that showed those four companies, plus a fifth, Inspection Support Network, which Porch acquired in 2017, accelerated their growth last year. He said Porch would focus on growing all the companies under its portfolio in 2022.

Porch is a real estate technology startup that offers a home improvement marketplace and enterprise software. It made its stock market debut in December 2020, shortly after completing a merger with a “blank check” company that same week.

Its mission has been growing in scope. Founded in 2012 with a goal of connecting homeowners with home improvement professionals, the company now offers software that handles things like insurance, moving, utilities and more. Porch also uses the data it collects as a software provider to target consumers.

Highlighting its transformation toward a full SaaS company, Porch began reporting its revenue in two separate segments for the third quarter: one for vertical software and one for insurance.

The company in December unveiled a program that allowed real estate agents and homebuyers to pay for home inspections while closing on a home through Porch’s Inspection Support Network (ISN).

“We believe we are on the path to substantial revenue growth,” Ehrlichman said. “We are just getting started.”